The Weekender: Born of frustration 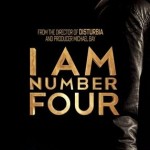 I am Number Four
Starring Alex Pettyfer, Timothy Olyphant, Dianna Argon
Written for the screen by Alfred Gough & Miles Millar and Marti Noxon
Directed by DJ Caruso
Something about the combination of the obnoxiously loud popcorn flicks of Michael Bay (who exec-produces here, like he’s done for plenty of god-awful horror remakes) and the de Palma-esque Caruso (that’s not meant as a compliment) does not bode well for what’s potentially a pretty good sci-fi thriller based on a pre-teen book series. But right now it looks like the best we can hope for is Starman-meets-Twilight. 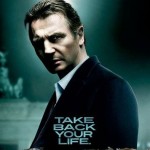 Unknown
Starring Liam Neeson, Diane Kruger, January Jones
Written for the screen by Oliver Butcher & Stephen Cornwell
Directed by Jaume Collet-Serra
Liam Neeson recently made my list of Actors I’ll Watch in Anything. I know Unknown is going to be terrible, but I’ll still thoroughly enjoy it, just like 2009’s Taken. Here, Neeson is a happily married, wealthy doctor who suffers amnesia after a car accident. Or was it an accident? Once he reunites with his wife, she has no idea who he is and someone is pretending to be him. Will he figure out the larger conspiracy before time runs out? It should be obvious by the time Neeson blurts out a classic line like, “I forgot everything, except how to kill you.” 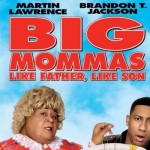 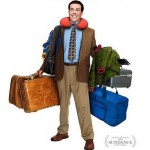 Cedar Rapids
Starring Ed Helms, John C. Reilly, Anne Heche
Written by Phil Johnston
Directed by Miguel Arteta
Helms gets a chance to play an even more mild-mannered version of Stu Barnes from The Hangover here as a small-town insurance salesman who gets to represent his company at the “big” convention in Iowa. Once he agrees to take a few shots, things get out of control as they often do. Directed by Miguel Arteta, who previously livened up the early part of 2010 with Youth in Revolt, this could be the first pretty good movie of the year, and that is saying a lot.
PLAYING EXCLUSIVELY AT THE ANGELIKA DALLAS