The Weekender: Big in Japan

Godzilla
Is this the time Hollywood finally gets the iconic character right? All signs point to yes, since they’ve lined up a top-notch cast (including Bryan Cranston, Juliette Binoche and Ken Watanabe) and given the reins to a promising director (Gareth Edwards). The trailers have been nothing short of fantastic. 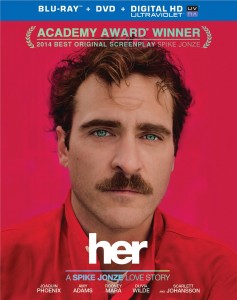 Her
My second-favorite movie of 2013 was Spike Jonze’s thoughtful, lovely and just a little bit terrifying exploration of love in the plugged-in-but-detached world we’re about to inhabit but basically already do. Joaquin Phoenix is tremendous as usual, but special praise has to be reserved for Scarlett Johansson’s voicework. The production design and cinematography, also Oscar nominated, show a level of detail and emotion absent in a lot of films.

New to Blu-ray
• Evilspeak
• Final Exam
• Home of the Brave
• Overlord [The Criterion Collection]
• Spirit: Stallion of the Cimarron