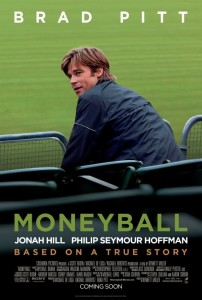 Moneyball (PG-13)
Starring Brad Pitt, Jonah Hill, Philip Seymour Hoffman
Screen story by Stan Chervin
Written for the screen by Steven Zaillian and Aaron Sorkin
Directed by Bennett Miller
It’s not that hard to make a rousing baseball movie, but trying to make sabermetrics exciting? That’s quite a task. Luckily, Zaillian (American Gangster, Schindler’s List) and Sorkin (The Social Network) and a stacked cast are up to the task. This is the story of Billy Beane (Pitt), the Oakland Athletics GM who (somewhat) transformed the game using highly specific statistics to buy undervalued but highly talented players with his limited budget. It all sounds like it could be as fascinating as watching paint dry, but remember how everyone laughed when they announced they were making a movie about Facebook.
IN WIDE RELEASE 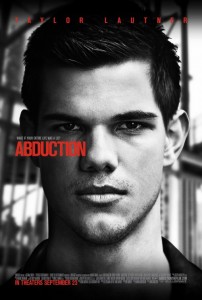 Abduction (PG-13)
Starring Taylor Lautner, Lily Collins, Alfred Molina
Written by Shawn Christensen
Directed by John Singleton
Reviews for Lautner’s first post-Twilight vehicle will not be kind. Despite a somewhat-respected director (Singleton, who received an Oscar nod for Boyz N the Hood, but also helmed the much-reviled 2 Fast 2 Furious) and a top-notch supporting cast, everywhere this teenage Bourne Identity will fail can be traced back to the unconvincing Lautner, who simply doesn’t have the acting chops to break out of his beefcake typecasting.
IN WIDE RELEASE 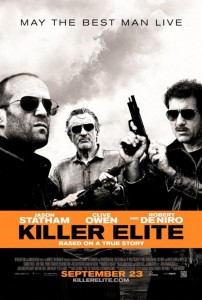 Killer Elite (R)
Starring Jason Statham, Robert de Niro, Clive Owen
Written for the screen by Gary McKendry, Matt Sherring
Directed by Gary McKendry
The Jason Statham Rule is this: If you like stupid action movies, you will basically like everything he does. His latest violent thriller finds him teaming up with his mentor (De Niro) to seek revenge on a traitor (Owen, sporting an awesome mustache). As usual with Statham’s films, I’m not expecting greatness, so this will be a suitable rental in January.
IN WIDE RELEASE 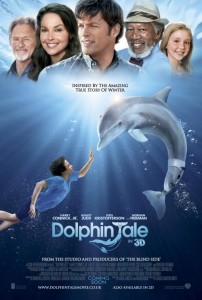 Dolphin Tale (PG)
Starring Morgan Freeman, Ashley Judd, Harry Connick Jr.
Written by Karen Janszen, Noam Dromi
Directed by Charles Martin Smith
From the Movies I Keep Hoping Are a Joke file: Freeman, who must want to impress his step-granddaughter’s kids or something, stars as a doctor who helps a boy (Nathan Gamble) build a prosthetic tail (Get it? Tale, tail? Puns!) for an injured dolphin. It’s based on a true story, and like all the best true stories, is also in 3-D.
IN WIDE RELEASE