The Weekender: Back in ‘Black’

The Woman in Black* (PG-13)
Starring Daniel Radcliffe, Janet McTeer, Ciarán Hinds
Written for the screen by Jane Goldman
Directed by James Watkins
Radcliffe’s first on-screen project since Harry Potter wrapped up is a good old-fashioned haunted house thriller, and it succeeds where Insidious and Don’t Be Afraid of the Dark failed. Radcliffe plays a widowed London lawyer trying to tie up the loose ends of a crazy lady’s estate out in the country. The house is of course haunted and the town cursed. The movie provides genuine scares through old-school techniques (so little-to-no CGI) and it’s a blast to see it in a packed theater, with other audience members jumping out of their seats.

Chronicle (PG-13)
Starring Dane DeHaan, Alex Russell, Michael B. Jordan
Story by Max Landis, Josh Trank
Screenplay by Max Landis
Directed by Josh Trank
Like any story about absolute power, this one probably doesn’t end well for its characters. Three high schoolers (all played by people about 10 years older than most high schoolers) gain superpowers one night. They start using their powers to goof off and impress girls, but then channel them for more nefarious reasons. I always thought the premise looked interesting, but was unsure about the unknown cast and faux-documentary style. Critical consensus is that the film packs a wallop and is further proof that early winter releases, like last week’s the Grey, aren’t always terrible. Or maybe we’re just getting lucky.

Big Miracle (PG)
Starring Drew Barrymore, John Krasinski, Ted Danson
Written for the screen by Jack Amiel & Michael Begler
Directed by Ken Kwapis
Other than last week’s One for the Money, it’s hard to think of a movie that’s further outside my wheelhouse than this fact-based movie about saving some whales trapped in the ice. But critics all agreed last fall’s similarly themed Dolphin Tale was much better than expected and maybe with this stacked cast (that also includes Kristen Bell, Dermot Mulroney and Stephen Root), this might fare as well.

A Separation (PG-13)
Starring Peyman Moadi, Leila Hatami, Sareh Bayat
Written and directed by Asghar Farhadi
One of the last of the year’s Oscar nominees to get to Dallas is the much-buzzed Iranian drama, about a couple seeking a divorce and the ramifications of a series of tragic events. It’s always going to be hard to get people excited for a movie with subtitles, but critics everywhere have hailed it as one of 2011’s best films. It could easily win the Oscar for Best Foreign Language Film, and it was also a surprise nominee for Best Original Screenplay.
PLAYING EXCLUSIVELY AT THE ANGELIKA DALLAS

Pina (PG)
Directed by Wim Wenders
As tribute to the late choreographer Pina Bausch, Wim Wenders filmed dancers from Tanztheater Wuppertal performing some of her more famous pieces. Wenders becomes the second filmmaker (after Werner Herzog) to use 3-D for a documentary. It should make the dance sequences—including a water-drenched showstopper—all the more dazzling.
PLAYING EXCLUSIVELY AT THE ANGELIKA DALLAS

The Innkeepers
Starring Sara Paxton, Pat Healy, Kelly McGillis
Written and directed by Ti West
I only know Ti West by reputation, and that reputation’s pretty strong. He’s only got two films to his name: one he’s proud of (House of the Devil, which even got released on VHS) and one he’s disavowed (Spring Fever, which he claims got hacked up by the producers). You can watch both on Netflix right now – the former here, the latter here. I can’t judge, but in the Court of Internet Opinion, he’s something of a king. I hope he can inject life into the “haunted hotel” genre, but you’re probably better off renting this and watching it with the lights out.
PLAYING EXCLUSIVELY AT THE TEXAS THEATRE 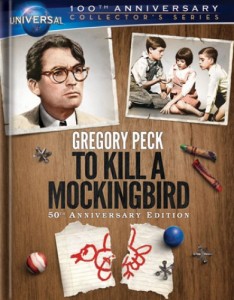 To Kill a Mockingbird (50th Anniversary Edition)
If you don’t own this movie already, what’s wrong with you? Probably one of the 10 best movies ever made, it still resonates to this day. Based on Harper Lee’s novel of a small town wrecked by a trial with enormous racial implications, this film adaptation stands as one of the most inspiring pieces of cinema. Gregory Peck’s performance as Atticus Finch won him a much-deserved Oscar, and Atticus was selected by the American Film Institute as the No. 1 film hero ever. If you’ve never watched it, drop everything and buy this right away. If you do, it’s time to re-visit (it surely looks exquisite on Blu-ray).