Out of the Furnace (R)
Starring Christian Bale, Casey Affleck, Woody Harrelson
Written by Brad Ingelsby and Scott Cooper
Directed by Scott Cooper
With elements reminiscent of Fight Club and Winter’s Bone, Out of the Furnace is going to be a tough sell to the general public. For me, I’m nothing but excited. Affleck plays a vet who returns home and, unable to find work, joins an underground boxing ring run by Harrelson. After a fight doesn’t go as planned, Affleck disappears and Bale, fresh out of prison, has to go look for him on his own. Expect something heart-wrenching and gripping, exactly the kind of movie I want before holiday blockbusters take over. 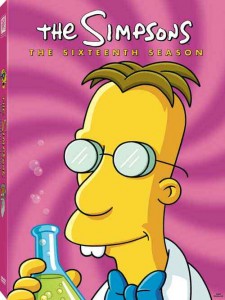 The Simpsons (Season 16)
While certainly not the best the show has to offer (no season past the eighth could ever claim to be), there are plenty of gems in this set, particularly the topical “Midnight Rx” and “There’s Something About Marrying.” But the season standout has to be “The Father, the Son and the Holy Guest Star,” featuring Liam Neesies himself as the priest guiding Bart through his interest in Catholicism. Worth it for Marge’s dream of a heaven segregated by Catholics and Protestants alone.

To buy (click the link to watch on Netflix):
Music: Pink: The Truth About Love Tour – Live from Melbourne, The Stone Roses: Made of Stone

Criterion: Investigation of a Citizen Above Suspicion, Nashville

This entry was posted in Film, Previews and tagged christian bale, out of the furnace, simpsons. Bookmark the permalink.