Marvel has thrown down the (Infinity) gauntlet, by moving their big tentpole to kick off the summer movie season back to the end of April. It traditionally started around Memorial Day, and moved up to the first weekend of May some time in 2001. But in 2018, those distinctions are nearly irrelevant. Read on for the 10 movies I’m most excited about, plus some bonus picks I’m not including because we have yet to see a trailer. 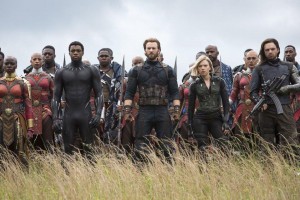 Avengers: Infinity War (April 27)
Starring Robert Downey Jr, Chris Evans, Chris Hemsworth, Chris Pratt
Screenplay by Christopher Markus & Stephen McFeely
Directed by Anthony & Joe Russo
The MCU finally reaches its inevitable conclusion as a cast of dozens of heroes unite to take on Thanos (Josh Brolin, in one of three giant movies this summer). There’s the possibility that this is just staid going-through-the-motions, but that seems highly unlikely, since almost every Marvel movie (especially in Phase Three) has a lot to recommend. 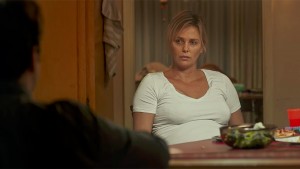 Tully (May 4)
Starring Charlize Theron, Mackenzie Davis, Ron Livingston, Mark Duplass
Written by Diablo Cody
Directed by Jason Reitman
My most-anticipated non-IP movie of the summer. Diablo Cody’s last collaborations have given us Juno and Young Adult, two of my favorite movies ever. Even though I’m not a parent and probably never will be, I’m sure to find a lot to love about this ode to motherhood in 2018. 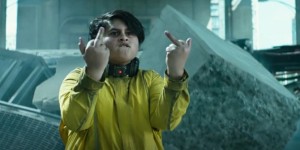 Deadpool 2 (May 18)
Starring Ryan Reynolds, Josh Brolin, Zazie Beetz, Julian Dennison
Screenplay by Rhett Reese & Paul Wernick
Directed by David Leitch
As with the first one, there’s always the risk that this film tips all the way over into pure obnoxiousness, and that expanding its roster undercuts some of the profane magic that made the 2016 film such a phenomenon. There’s also the T.J. Miller problem. But with excellent casting (including Terry Crews), this has the potential to surpass the original, and put it near another time-hopping sequel about protecting a punk kid from a stoic assassin. 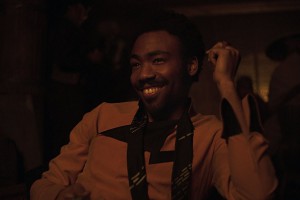 Solo (May 25)
Starring Alden Ehrenreich, Donald Glover, Woody Harrelson, Emilia Clarke
Screenplay by Jon & Lawrence Kasdan
Directed by Ron Howard
*Deep breath* While of course I’d much rather see what Lord & Miller could have done with a Star Wars universe that needs some shaking up, Ron Howard is a great choice to bring a troubled production in for a smooth landing. We’ll see if reports of Alden Ehrenreich’s performance are true, or if they were just exaggerated because he’s not instantly iconic. (The opposite is true of Donald Glover’s fur-covered intro as Lando.) This one won’t be a disaster, but we’ll see if it lives up to what it could have been. 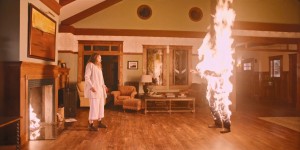 Hereditary (June 8)
Starring Toni Collette, Gabriel Byrne, Alex Wolff, Milly Shapiro
Written and directed by Ari Aster
Horror has been the hottest genre for years, an almost guaranteed money-maker. But 2017 proved it also has the potential to compete with the biggest blockbusters, as Get Out topped $175 million and It earned more than $325 million. I wouldn’t expect that from Hereditary, but if it’s as scary as reviews out of Sundance and SXSW have foretold, this might be the most terrifying ticket of the summer. 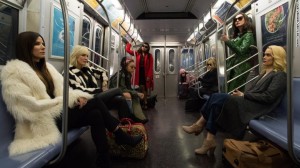 Ocean’s 8 (June 8)
Starring Sandra Bullock, Cate Blanchett, Mindy Kaling, Anne Hathaway
Screenplay by Olivia Milch and Gary Ross
Directed by Gary Ross
As much as I love Ocean’s Eleven, we didn’t need a sequel. And we may not need an all-female reboot, at least not if it’s just going to rehash things. But the two trailers we’ve seen so far, promise something at least sorta different, as Sandra Bullock leads a team of ladies to rob the Met Ball. Gary Ross isn’t as slick as Steven Soderbergh, but this one might be even more fashionable. 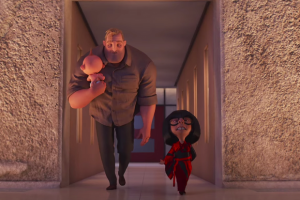 Incredibles 2 (June 15)
Starring the voices of Craig T. Nelson, Holly Hunter, Samuel L. Jackson, Bob Odenkirk
Screenplay by Brad Bird
Directed by Brad Bird
We’ve waited almost 15 years for this sequel, so expectations are sky high. The original is top-tier Pixar, so let’s hope that this sequel is in company with the Toy Story follow-ups, and not down on the level of Cars 2 or 3. 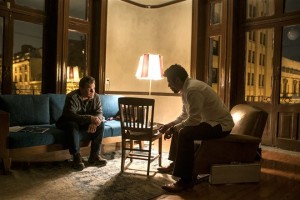 Sicario: Day of the Soldado (June 29)
Starring Benicio Del Toro, Josh Brolin, Catherine Keener, Jeffrey Donovan
Screenplay by Taylor Sheridan
Directed by Stefano Sollima
2015’s Sicario is one of the bleakest but most heart-pounding movies of the decade, swimming head-first with camo paint into the murky quagmire of the drug war and its violent effects. It was a showcase for Emily Blunt’s straight-arrow FBI agent, whose upstanding morals don’t jibe with the DEA. This sequel hopefully doesn’t jettison all that in order to blow up some cartel leaders and terrorists, but it’s a distinct possibility. Given that it now looks like a more realistic Logan, I’m hoping for at least a sliver of light and nuance. 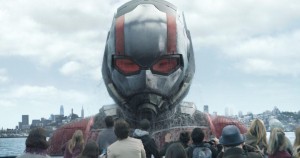 Ant-Man and the Wasp (July 6)
Starring Paul Rudd, Evangeline Lilly, Michelle Pfeiffer, Michael Douglas
Screenplay by Chris McKenna & Erik Sommers and Andrew Barrer & Gabriel Ferrari and Paul Rudd
Directed by Peyton Reed
While my heart aches for what an Edgar Wright-directed Ant-Man would have given us, it was a perfectly fine superhero flick. (Well, at least when it didn’t get bogged down with exposition about how shrinking technology works.) So my hope for this sequel, is that it dispenses with any scientific mumbo-jumbo and just focuses on the relationships, the great stories from Michael Pena, and does right by Michelle Pfeiffer. 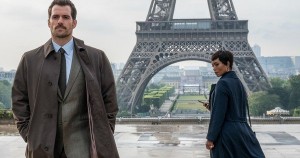 Mission: Impossible – Fallout (July 27)
Starring Tom Cruise, Rebecca Ferguson, Simon Pegg, Henry Cavill
Screenplay by Christopher McQuarrie
Directed by Christopher McQuarrie
It may not have seemed it after the ridiculous M:i-2, but this may be our sturdiest franchise. At some point, Tom Cruise needs to quit trying to kill himself with stunts and go back to great dramatic work like Rain Man, Born on the Fourth of July and Magnolia. But for now, his Ethan Hunt has been a great anchor. Fallout is the series’ first direct sequel, with the capture of Sean Harris’ character affecting the events of this film. Now there’s mustachioed Henry Cavill and the stunning-as-ever Angela Bassett on the trail of the IMF. I’m so in.