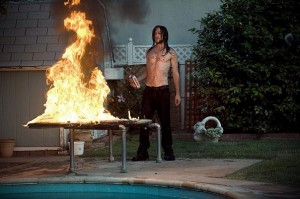 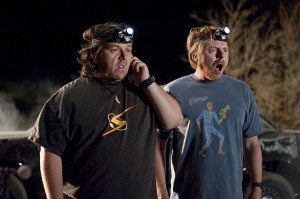 5. Paul
Shameless enough to give fanboys of every creed exactly what they want, but smart enough to know you gotta have good jokes to go along with them. Not as endearing as Simon Pegg and Nick Frost’s other collaborations nor as poignant as director Greg Mottola’s last projects, Paul still stands on its own two feet as a genuinely hilarious sci-fi comedy. 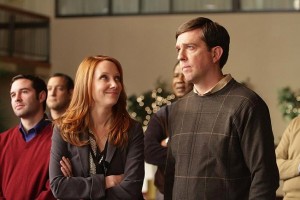 4. Cedar Rapids
The funniest movie of 2011 blends the raunchy and sweet perfectly. Each gifted cast member takes to his roles like he’s been playing it for years. Funnier than The Hangover Part II, Cedar Rapids takes its message of friendship in the face of adversity/absurdity much more seriously, and ends up producing far more laughs.

3. Rango
Hey, Pixar. Watch yo back. This animated Western is eye-popping in glorious 2-D. It’s almost certainly not for kids. Not that it’s inappropriate, it’s just crafted with so much care and committed to being off the wall, it’s likely to fly over their heads. The best animation for grown-ups since Fantastic Mr. Fox. 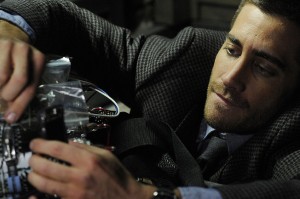 2. Source Code
The second film from sci-fi auteur Duncan Jones manages to be mind-blowing on a minuscule budget. More importantly, it distinguishes itself from its Hollywood counterparts by actually ending on a hopeful note. Plus, it manages to be thoroughly entertaining despite the plot’s demands to literally repeat itself. 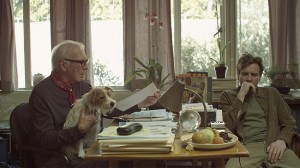 1. Beginners
Will either overwhelm you with its cuteness or draw you in like the most comfortable warm sheets you’ve ever felt. Christopher Plummer and Ewan McGregor have never been better as the father and son dealing with the death of the most important woman in their life, and the way their life changes once they both start dating again. But the real star here is writer-director Mike Mills who uses events from his real life and his background as a graphic artist to tell a familiar tale of grief and rebirth through romance in a fresh way.

Note: If you’re wondering why X-Men: First Class, Bridesmaids or Super 8 didn’t make the cut, well, I didn’t get to see them. And Harry Potter came out after the July 1 deadline. There’s always my top 10 at year’s end.