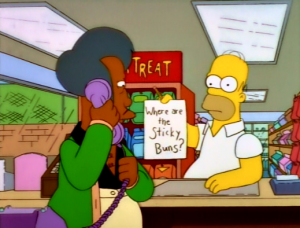 “The Two Mrs. Nahasapeemapetilons” (B)
There’s nothing particularly special about this episode, despite the introduction of Manjula (voiced by the late, great Jan Hooks). Still, it’s frequently hilarious and Apu’s best showcase since “Much Apu About Nothing.” It’s also responsible for one of the most oft-quoted lines in the Mooney house growing up: “I can’t believe you don’t shut up.” 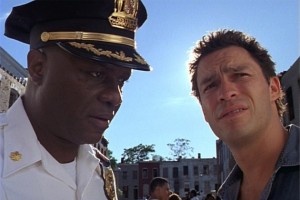 “Back Burners” (B)
Yes, The Wire is a great show. One of the all-time best. But even it fell prey to problems that can plague all shows: namely, subplots that basically go nowhere. Case in point: Kima’s marital strife. But that’s a small price to pay for the show’s peerless attention to detail and sense of place.