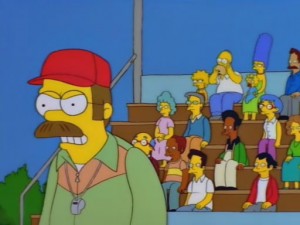 “Bart Star” (C)
Aside from “The Principal and the Pauper,” I think you could make a strong case that this is the weakest original episode the show had produced up until this point. It’s the height of Jerk-Ass Homer, with the protagonist at his most annoying. It’s far from the show’s best sports-themed episodes too. They’ve done hockey, baseball and even curling much better. Worst of all, it’s just not that funny, despite a few gems. Basically, it feels like an episode of the show lately. 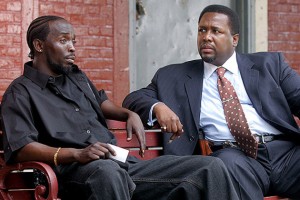 “Homecoming” (B+)
The show might become too stuffed for its own good. Right now, it’s a delicate balancing act, shifting between politics, police work and personal problems. It could be too much, but when scenes like the one between Omar and Bunk are as stellar as they are, I don’t want to give up.