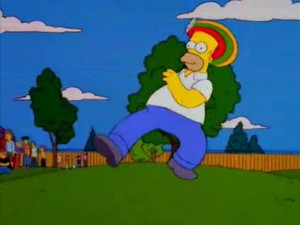 “Homerpalooza” (B)
An episode I loved as a kid, but don’t quite love so much now. Sure, there are great digs at Jostens (essential as someone who worked on the yearbook staff in high school) and Ticketmaster, as well as generally mocking the “alternative” scene. But overall, the jokes just don’t hold up that well. Still, this is one of Homer’s finest hours and that more than props up a merely OK episode. 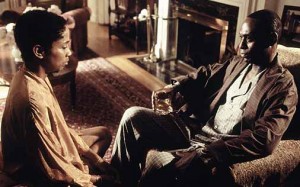 “Lessons” (A-)
Great detective work up top, only to run into a wall of bureaucracy. I know it’s early, but characters are continuing to surprise me (like the judge keeping the detail up or Stringer taking classes at community college). I expect this to happen throughout the series. 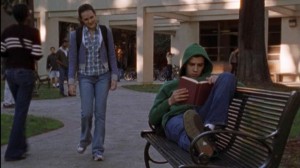 “The Day After” (A)
At first it seems like the show’s hitting the reset button now that Steven and Lizzie are firmly in the Will They camp. As a total sap, I love scenes where romantic partners run towards each other to embrace. But I love the build-up, too. As someone who was never that big a partier in college, this episode nailed the feeling of wishing you were anywhere else, especially when someone in particular is on your mind. 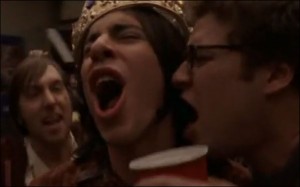 “The Perfect Date” (A-)
In every show Martin Starr has ever been in, he has an episode where he’s the MVP. He only guest stars here as Steven’s high school buddy, but he totally nails the goofy humor and undercurrent of sadness. Also, is Lloyd just a huge douchebag? 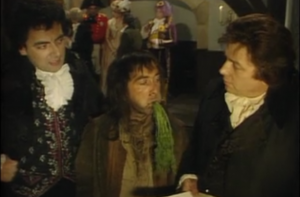 “Dish and Dishonesty” (A-)
As expected, this show gets better every season. I miss Tim McInnerny, but Hugh Laurie fits into the ensemble quite nicely as Prince Regent. The political satire is sharp even if it’s of 19th century British civics. Sadly, some things never change. 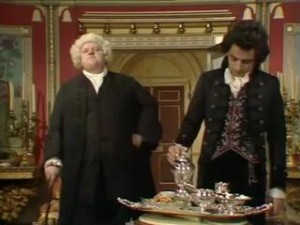 “Ink and Incapability” (A)
Here we go, the show’s first total classic. Robbie Coltrane stars magnificently as the pretentious author of the first English dictionary. Verbal humor abounds, with the show making some of the smartest dumb jokes ever. It also features one of the best executed dream sequences in sitcom history.