This is a new feature on the website. Occasionally, I’ll take a look at a new film, song, etc. and track back to look at similar projects that may have inspired whatever it is you’re currently enthralled by. Even if the creator of the new effort had no idea about these older projects, this is a chance to discover similar works and maybe–just maybe–you might love them just as much if not more than your new obsession. 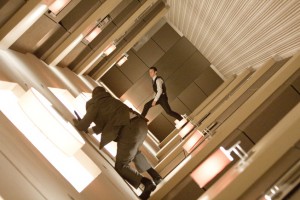 Christopher Nolan’s latest is a mind-bending combination of psychological thriller and heist movie, all within a world we’ve never seen before. Below are five previous endeavors that deal with dreams and their impact on the real world. Of course, no discussion of Inception can take place without some spoilers. You’ve been warned. 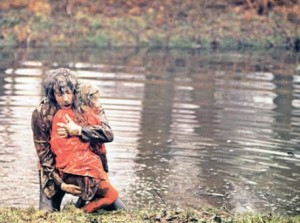 Don’t Look Now (1973)
Nicholas Roeg’s haunting thriller is kind of a perverted uncle to Inception, with its graphic sex scenes interlaced with horrific plot advancement. Much like Leonardo DiCaprio’s character Cobb, Donald Sutherland is haunted by memories of a dearly-departed loved one (in this film’s case, his daughter) which takes him to dark, unexplored places–both in his mind and the real world, if there’s even a distinction. Both films follow protagonists with deeply scarred psyches. We see what they see, but who’s to say they really saw that or simply imagined it? 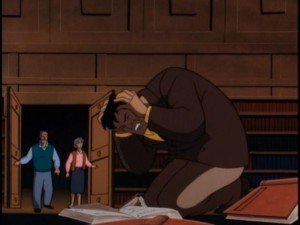 “Perchance to Dream” (1992)
Before Nolan himself probed the mind of Batman in his two films (speaking of which, couldja hurry up with the third one already?), Texan Joe R. Lansdale wrote this episode of the groundbreaking series, which definitely went over every kid’s head at the time. Here, the Caped Crusader is captured by the Scarecrow and trapped in a dream where he no longer has to rescue Gotham City. He can live a normal life. But of course it’s a false reality. And so the decision our hero is forced to make gives the series an underlying sense of heartbreak, just like Inception. 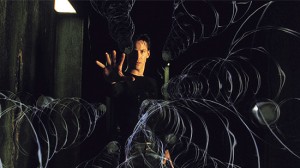 The Matrix (1999)
Clearly, the most direct influence on Inception. Eleven years ago, this was also a relentless action film teeming with philosophical and existential ideas. Though Inception is clearly smarter and much better-acted, most movies wouldn’t dare try to scratch beneath the surface of thrills were it not for the Wachowski Brothers’ explosive breakthrough film. 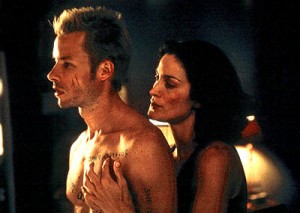 Memento (2000)
It all started here. Nolan reportedly began working on the script for Inception while he was filming his breakthrough picture. Both films have a lot in common, particularly their unreliable protagonists. Both Leonard (Guy Pearce) and Cobb claim to have control, to know what’s going on throughout each film. Yet as things grow immensely more complex, it’s clear they don’t. By the end, you’re so shaken up that the ending–which is probably obvious to Nolan–seems so unbelievable that you buy into the idea that our protagonists were right all along. Surely the obvious answer can’t be correct, can it? 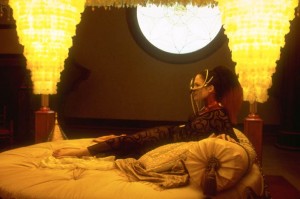 The Cell (2000)
Who knew a movie starring J. Lo would leave this much of an impact? One of two outstanding lead performances from the singer-dancer (the other being Selena), Tarsem Singh’s feature debut takes a lot of cues from Silence of the Lambs, but creates a terrifying dreamworld to explore. Lopez has to infiltrate the mind of a comatose serial killer (Vincent D’Onofrio) to extract the location of his latest victim. Much like Inception, life in the dreamworld can be earth-shattering at first but eventually reality feels nowhere near as exhilarating.