So in the midst of moving and graduating (and not really seeing anything), I haven’t updated in a while. I hope to get back up to speed over the next week. Until then, here’s what I thought about some July releases. 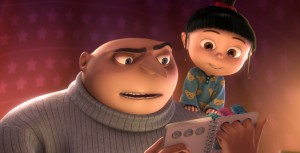 Despicable Me (B)
Delightful and adorable, this Grinch-with-gadgets animated flick isn’t even on Pixar level, but it’s still a notch above most movies out there. Steve Carell does stellar voice-work here as Gru, the world’s greatest super-villain. The 3-D isn’t quite as spectacular as it should be, but this is certainly the second-most heartwarming film of the year (after Toy Story 3, of course). 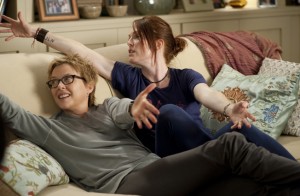 The Kids are All Right (C+)
Are you a Prius-driving organic farmer? Then Lisa Cholodenko’s third feature may strike you as realistic. Otherwise, you may find yourself as lost as you would be in a Whole Foods for the first time. The actors are all uniformly fantastic (Mark Ruffalo is a particular standout, giving the most authentic performance of the year) but the writing is sitcom-y at best, a far cry from critics’ cries of groundbreaking. The sleeper hit of the summer is just “all right.” 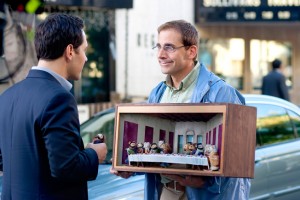 Dinner for Schmucks (B+)
It’s nowhere near as smart as its source material, and it’s blue humor should have earned it an R rating. But man oh man, I laughed for nearly two hours. Steve Carell is in peak form–this his third knock-out performance of the year–relentlessly funny as the naive but big-hearted Barry. Paul Rudd’s also at the top of his game and he’s the perfect straight man to Carell’s goofball. Then there’s the painfully funny supporting cast, including Zach Galifianakis, Jemaine Clement and Lucy Punch. About the only cast member who doesn’t fit is Stephanie Szostak as Rudd’s fiancée. She can hardly hide her accent and she and Rudd have zero chemistry. When she’s not onscreen, the movie soars as it becomes a boys’ club, where the cast is free to make as many crude jokes as possible.