Here’s everything I’ve seen Nov. 30 that hasn’t already been covered on this site or College Movie Review. Last one of the year! 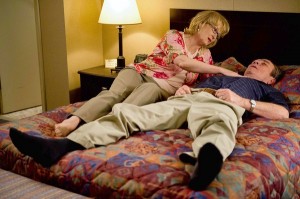 Hope Springs (B) – DVD
More stellar work from Meryl Streep and Tommy Lee Jones here, as a married couple who don’t even act like good roommates, let alone spouses. Despite being incredibly predictable, this low-key romantic comedy takes its expected twists and turns gracefully, before finishing off with well-earned emotional punch. 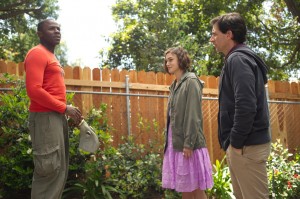 Seeking a Friend for the End of the World (A-) – DVD
Though billed as a comedy, this box-office flop is really a sensitive drama that deserves to find an audience on video. Steve Carell is back in prime, Little Miss Sunshine form as an insurance salesman whose wife leaves him two weeks before the apocalypse. As he drifts through Earth’s final days—just as he drifted through his life—he flees with his neighbor (a simply radiant Keira Knightley, not doing any sort of Manic Pixie Dream Girl act). It’s a typical road movie after that, but the emotions that wash over you throughout the movie, and especially during its climax, are simply overwhelming (in a good way). 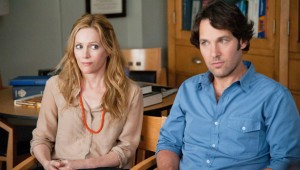 This is 40 (B) – Theater
Here’s a joke I bet you haven’t heard yet: “They should call this movie This is 40 Minutes Too Long!” Yes, it’s true. But This is 40 is funny for its entire runtime, yet it’s frustratingly unfocused. I can see that two-plus hours with just Paul Rudd and Leslie Mann could be irritating, but it distracts from larger, richer tapestry when we get pointless interludes about a co-worker’s prescription drug addiction, two bros competing over Megan Fox and an obsession with Lost (which fails as a current pop-culture reference or as an achingly obvious metaphor). Even Melissa McCarthy’s hilarious cameo is utterly pointless. Still, my laugh frequency was very high. Your mileage may vary. 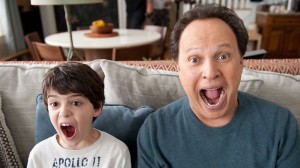 Parental Guidance (C) – Screening
I would love to watch a different movie pairing Billy Crystal and Bette Midler, one that’s not as harmless and toothless as this family comedy. It’s not egregiously awful, though I wish it took anything resembling a risk. There are some moments of genuine warmth and humor, which would be more welcome than the frequent bodily humor and “What’s a Facebook?” gags. 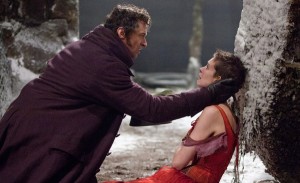 Les Misérables (B) – Theater
For the uninitiated, this is going to be quite the undertaking. It’s wall-to-wall singing, with only about four lines of actual spoken dialogue. Anyone who’s already a fan will be over the moon. For me, I surely was not blown away, but the performances, particularly Hugh Jackman, Anne Hathaway and Samantha Barks are all exceptional. Russell Crowe’s (lack of) singing ability is incredibly distracting, despite him being perfect casting as the intimidating Javert. This is a glorious experience and the final 10 minutes are some of the most beautiful I’ve seen all year.