Now that I’m far enough away from the years when I was growing up (*gulp*), here’s a little bonus to go along with my annual column. Winners in bold, then we break it down.

Should have won: The Insider
Not even nominated: Magnolia

While at the time it seemed to capture the suburban ennui of the ’90s, American Beauty has, for a variety of reasons, not aged very well. While 1999 is now widely accepted as the best single year for modern cinema, the Oscars at the time did a terrible job of capturing the depth and breadth of such an outstanding year from the smallest indie (The Blair Witch Project) to the enormous spectacle of The Phantom Menace. Part of my desire for chaos would love to see what would have happened had The Sixth Sense, a top-notch supernatural thriller from M. Night Shyamalan would have dominated the Oscars like it dominated the late-summer box office. Would his path have been the same? Making three more excellent genre films, then going to directors jail for four consecutive duds, then returning to his roots with low-budget horror? That’s an all-time great what-if. But after revisiting it, I have no choice but to give Best Picture to The Insider. The Oscars have flocked to docudramas and biopics, particularly in the last 25 years. If there’s an important topic or historical figure, rest assured they will get a movie, often a poorly written but well-acted one. But The Insider blows them all out of the water. There’s something about the urgency of the film and showing the human cost of doing the right thing that makes the ones that followed look like mere book reports.

But I could easily replace the entire line-up here, and my top choice remains Magnolia, Paul Thomas Anderson’s magnificent collection of interlinked stories about Angelenos searching for connection and redemption. Yes, it’s extremely long and frequently tips into the absurd, but it’s one of the most moving films I’ve ever seen and the ultimate example of an auteur-driven film that 20 years later would be almost impossible to get made. 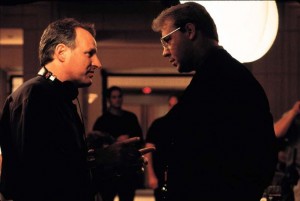 Should have won: Michael Mann
Not even nominated: The Wachowskis, The Matrix

Michael Mann has been one of our finest craftsmen of entertainment for decades, yet this was his only Oscar nomination. I’d go one step further and give him the award, too. Not just for making such incredible films as Manhunter and The Last of the Mohicans, but for turning Jeffrey Wigand’s story into such a gripping thriller.

But none of the men nominated here compare to the vision and command of the Wachowskis, whose first Matrix film still blows minds two decades later. The film did clean up on Oscar night though, winning in all four of its nominated categories (Sound, Sound Effects Editing, Film Editing and Visual Effects). 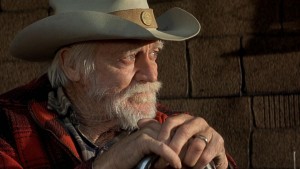 Should have won: Richard Farnsworth
Not even nominated: Matt Damon, The Talented Mr. Ripley

By now, we all know about the horrifying allegations against Kevin Spacey (and the even more troubling fallout), so let’s just agree to rescind that award. (Even without that, he’s still not the most deserving actor in this category.) While Denzel remains Denzel, and Penn is fine in an unremarkable Woody Allen movie, it’s really between Russell Crowe (to whom I’ve already given an Oscar) and Richard Farnsworth, the heart and soul of David Lynch’s utterly sincere and lovely The Straight Story. A stuntman for decades before he started doing more substantial roles, his final film is one of the most profound reflections of age and regret I’ve ever seen. The movie doesn’t work if he’s not as believable and likable as he is.

I’d swap out Penn for Matt Damon, a multiple nominee who’s somehow still taken for granted. As the titular con artist, he’s a mess of contradictions. He’s cold-blooded, yet driven by a desire to be loved. An incredible liar who’s most effective when he’s telling the truth. A nobody who wields more power than if he was a “real somebody.” It’s one of the most remarkable performances of the year. 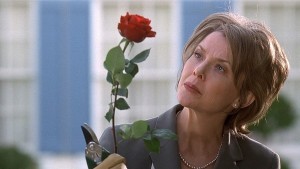 Should have won: Annette Bening
Not even nominated: Reese Witherspoon, Election

I certainly don’t have anything against Hilary Swank, who’s doing great work in an extremely difficult film. (And, for what it’s worth, would not be asked to play that same role 20 years later.) But there’s something dead wrong about Annette Bening not having an Oscar. Her work in American Beauty is hardly my favorite performance by her (that would be 20th Century Women, for which she wasn’t even nominated), but she’s doing layered work in a script that keeps trying to make her a one-dimensional bitch.

And I love Meryl Streep, but Music of the Heart is easily her most forgettable film. I’d swap her out for Reese Witherspoon, making a name for herself as Tracy Flick, the ultra-driven straight-A student going up against the machinations of high school politics. It’s a star-making turn, edged out for so-so performances from great actresses. 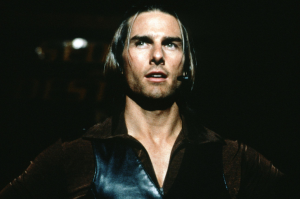 1999 was an incredible flex for Tom Cruise. He followed up his peak year as a movie star (1996, in which he starred in Mission: Impossible and Jerry Maguire) with the two most challenging films of his career: Magnolia and Eyes Wide Shut. He’d never take such risks again. But if he had gotten that Oscar, who knows how different his career would look now? Caine is the blandest choice among these nominees, and while Cruise’s character was repulsive, he’s absolutely magnetic.

The only performer more out on a limb in this category? John Malkovich, as the unwitting cerebral host of curious folks, is on another level, especially when he goes inside his own mind. He’s one of the most respected actors, switching from prestige projects (like The Portrait of a Lady) to rowdy action flicks (like Con Air) with ease, but his most impressive turn was as himself. 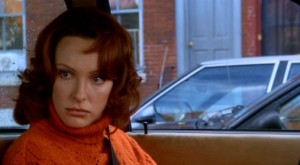 Should have won: Toni Collette
Not even nominated: Penélope Cruz, All About My Mother

The Oscars were ready to crown a new star, and she’s the most interesting aspect of James Mangold’s muddled adaptation. But seriously, folks? In what world is it acceptable that Toni Collette doesn’t have an Oscar. She’s great in everything, but especially astonishing here as the mother of Cole (Haley Joel Osment), absolutely lost trying to care for a boy who she can’t understand and can’t protect.

Penélope Cruz is one of our best international actresses, but I’m still baffled her Oscar came for a late Woody Allen movie. I liked to pretend that win (which I’ve already covered here) is really a win for this, a much better collaboration with her greatest directorial partner (Pedro Almodóvar). The movie got a much-deserved Foreign Language Film award, but shouldn’t have been relegated to that category. Cruz is absolutely wonderful in a part that only Almodóvar could have written: a pregnant, HIV-positive nun, who remains positive even in the most dire situation. 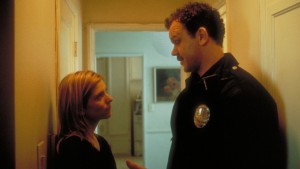 Should have won: Magnolia
Not even nominated: Three Kings

Picture this: You’re Paul Thomas Anderson. It’s Oscar night. You’re there with your girlfriend Fiona Apple. You’ve written your magnum opus: a daring, sprawling three-hour tribute to human connection. And you lose to fuckin’ American Beauty. All of that Best Picture winner’s competition in this category is far more inventive, deep and sharp than Alan Ball’s suburban ennui.

But the most lacerating take on America in the ’90s wasn’t even nominated. John Ridley and David O. Russell’s tale of greed in the waning days of the Iraq War is the kind of blistering satire we don’t really get that often. 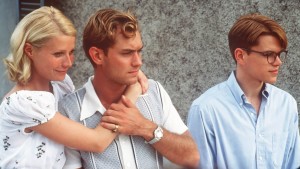 Should have won: The Talented Mr. Ripley
Not even nominated: Fight Club

Once again, the Oscars capped the most exciting year for movies with the blandest possible choice. There’s nothing particularly egregious about The Cider House Rules. It’s just so staid compared to its riveting competition. Anthony Minghella’s exquisite screenplay translates Patricia Highsmith’s pulpy novel into a thing of haunting beauty.

You could swap out The Cider House Rules for another novel adaptation: the incendiary Fight Club, which at the time had not yet become a cult classic. In 2000, it was a misunderstood flop. So there was no chance of it being nominated here. Still, it’s widely accepted that Jim Uhls’ screenplay improved upon Chuck Palahniuk’s novel.