Things are finally starting to shape up, and you can bet there will be lots of surprises between now and next month: people we weren’t talking about last week are now frontrunners and previous locks could wind up shut out. I’ll be updating again in two weeks. 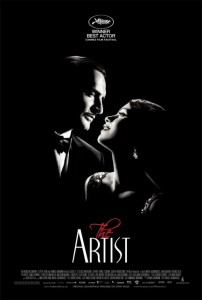 Falling off: No one
Rising star: Moneyball
The skinny: Hugo has been a resounding success with critics, though not a commercial hit. That’s a comfortable place for Scorsese, who until the Departed, only had one blockbuster to his name (Cape Fear). It will be interesting to see what Moneyball can do, as it’s currently making a bunch of critics’ top 10 lists. Extremely Loud and Incredibly Close will be interesting case, as early reviews range from deep admiration to mild disappointment to pure vitriol. 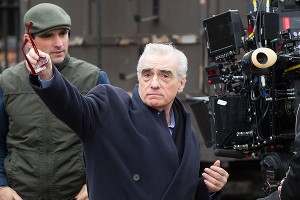 Falling off: Stephen Daldry
Rising star: Nicolas Winding Refn, Drive
The skinny: It’s still hard to predict what will become of Extremely Loud and Incredibly Close. With name recognition its only buzz thus far, it may have a tough time coming up with any big nominations at Oscar time. Still, Daldry is three-for-three for Oscar nominations. 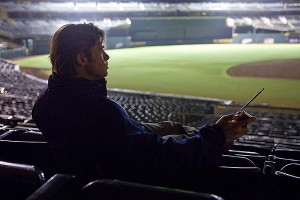 Falling off: Ryan Gosling, Gary Oldman
Rising star: Demián Bichir, A Better Life
The skinny: Amazing how until J. Edgar actually came out, DiCaprio’s victory was all but assured. He’s on shaky ground, but with Gosling and Oldman on the wane, we’re setting ourselves up for a less exciting race. Bichir’s surprise SAG nomination took his chances from nonexistent to near-frontrunner. Keep your eye on him. 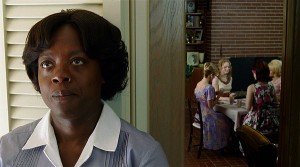 Falling off: Glenn Close, Elizabeth Olsen
Rising star: Rooney Mara, The Girl with the Dragon Tattoo
The skinny: As much as I love Michelle Williams, critics say her performance in My Week with Marilyn is the best thing about the film, and it’s pretty much a thin caricature at that. Is it better the constantly underappreciated actress gets her due while five-time nominee Close gets snubbed for her labor of love? I can’t answer that. Theron’s SAG snub may end up meaning nothing, but Young Adult must have long legs if she hopes to stay in this race. 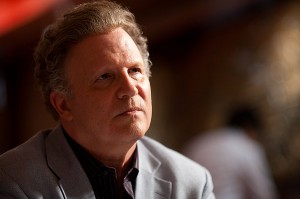 Falling off: Armie Hammer
Rising star: Ben Kingsley, Hugo
The skinny: Poor J. Edgar, getting swept up under the rug. It may be slim pickin’s for Eastwood yet again (don’t count out some technical honors). I’m just as surprised as you are that Oswalt seems a near-lock now, but that’s the power of Jason Reitman and Diablo Cody. If praise for Kingsley’s performance grows, expect Hawkes to lose his place. 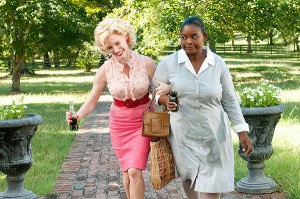 Falling off: Sandra Bullock, Judi Dench
Rising star: Carey Mulligan, Shame
The skinny: Chastain still has some vehicle trouble in that one studio is going to campaign harder than any other to ensure her nomination. Expect it to come from Universal, who will be sure to push for her—along with all the awards it hopes to receive—for The Help. Woodley may be in danger as she was snubbed by SAG, but the Descendants is going to be a beast at the Oscars, plain and simple. 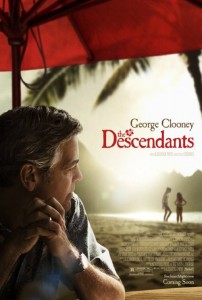 Falling off: Extremely Loud and Incredibly Close, the Ides of March
Rising star: Hugo
The skinny: As much as this award honors the writing, it more often ends up being a consolation prize for movies that don’t have enough love to get a Best Picture nod. That’s how you can see some of these films pull off a few nominations. 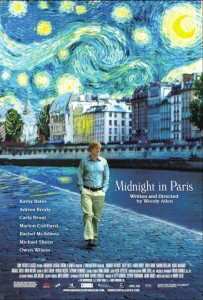 Falling off: Beginners
Rising star: Martha Marcy May Marlene
The skinny: Consolation prizes are awarded here too, which may be MMMM’s best shot. 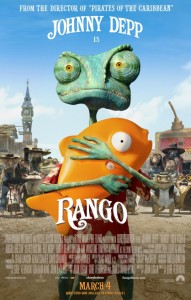 Falling off: Rio
Rising star: No one
The skinny: We’re pretty locked in at this point. I don’t think there are enough devotees of either of the sequels (Kung Fu Panda 2 or Cars 2) to break in. The only question mark is Tintin, which is almost entirely motion capture, and thus it becomes hazy how it can be defined as animated. I still think it makes it in. I suppose Rio can stay if too few members see the Spanish-language Wrinkles.