A muggle’s thoughts on the Harry Potter saga

As the final Harry Potter film arrives on DVD and Blu-ray this week, I thought I’d take a look back on the franchise that has grossed billions of dollars worldwide, inspired a theme park and captured the hearts of nearly every child–young and old–across the globe. I’ve separated this commentary into elements I liked about the films and elements I didn’t like, referencing the specific films in which each part is most prevalent. Remember, these are thoughts on the film series only, so think about that before commenting. 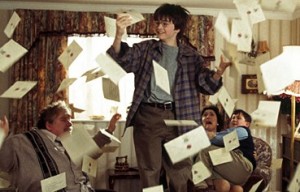 • Biblical imagery – relentless letters (1), Voldemort as Satan (8)
. J.K. Rowling’s Eastern Orthodox beliefs makes the backlash she received from the Christian community all the more baffling. Anyone taking more than a second to look past Hogwarts’ subtitle—Witchcraft and Wizardry—can’t deny the strong biblical themes. We’re only talking about the movies here (so we’ll ignore the Ministry of Magic in book 5 and its allusions to the Holy of Holies) so two examples stick out to me the most. In Sorcerer’s Stone, Harry receives a letter welcoming him to Hogwarts, which his horrible uncle promptly destroys and then exhausts every possible option to stop the letters that arrive the days following. But like Jesus, Hogwarts (an often quite great example of the Church as a body of believers and not simply a building) and its headmaster continue to pursue Harry, enticing him to join a cause bigger than himself. Even when he loses hope, even when his uncle thinks he’s successfully hidden him from what he perceives as foolishness, the letters still come.

On the flip side, Ralph Fiennes’ performance as Lord Voldemort is one for the ages. That combined with Daniel Kloves’ writing give cinema one of its most accurate depictions of Satan. Though his face is reminiscent of the horned demon we’ve all seen—with a wand instead of a pitchfork—it’s his behavior that makes him a true prince of darkness. Here, Voldemort is presented as the ultimate deceiver: luring the weak-willed and easily manipulated with all manner of lies. For some, he promises power they cannot attain through an upright path; for others, it’s the chance to be on the “winning” side. Ultimately, Voldemort deceives himself most of all, assuming that he can overthrow all the good in the world and plunge it into eternal darkness. Yet he forgets the battle is already won and the smallest light can always pierce the darkness, no matter how intense. 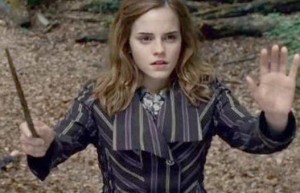 • Strong female leads – Hermione (4), Minerva (8)
When the film version of The Girl with the Dragon Tattoo hit U.S. theaters last year, many critics were quick to praise its strong female protagonist Lisbeth Salander. Others simply labeled her as a compelling protagonist and critics’ praise in this regard says less about the film and more about Hollywood’s utter lack of strong female roles. While that’s true, fewer films have as a big a budget as any one Potter flick, and those directors found a way to make sure the women stood out. Hermione is, for me, by far the most interesting student. She’s always more prepared, more courageous and more caring than her peers. She puts everyone—including her two best friends—to shame quite often. She’s nothing but a good example to our nation’s young women. To quote Aaron Sorkin, “Smart girls have more fun.”

Then there’s Maggie Smith, who is perhaps the classiest person alive. I could go on and on about how understated her performance is throughout the series, but that would just detract from it. She’s a butt-kicker and name-taker, but she always does so through sheer respect, until she gets to bust our her wand in Deathly Hallows, Part 2. 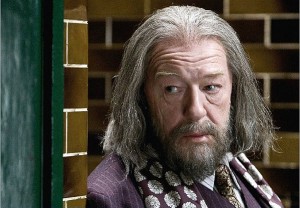 • Cream of the crop of British actors – Gambon (6), Staunton (5), Thompson (4), Rickman (8)
If Britain ever needs to make a case file proving it regularly turns out the best actors, any film from this franchise would be all the evidence it needs. While two-time Oscar nominee Richard Harris originally played Dumbledore, his death brought Gambon on board. From a casting point, this could not have worked out better. Gambon, who somehow has never been nominated for an Oscar, was simply better at the role, injecting the character with much more heart and wit. Then there’s the great Imelda Staunton, a virtual unknown until Mike Leigh’s Vera Drake made her a critical darling. Her ability to make her headmistress both sweet and vile is a rare feat few could have pulled off. Then there’s Emma Thompson, who always needs more screen time. And then of course there’s Alan Rickman, who never gives anything less than his all in a performance. As Snape, his intentions are always murky but his character is always multi-dimensional. Once his tragic story arc comes to its end in the final film, it’s clear only Rickman could have pulled this off.

• Springboard for pointed criticism – media (3), education system (5)
It’s no surprise that my two favorite Potter films have a lot to say. As a writer, I love when movies—especially big ones—go beyond the plot of the film to comment on the society they inhabit. V for Vendetta is one of the best examples of this. If it can still ring true years later, that’s even better. That’s why episodes 3 and 5 roam around in my head more than any other chapter. In Prisoner of Azkaban, Rowling & Kloves set their sights on the tabloid media that runs England (and dominates cable news in the States). Always wanting to be first with a story, they rush to create a campaign of fear around the escape of Sirius Black (Gary Oldman), ignoring any facts and suppressing true horror over the possible return of Voldemort.

Even better is the critique of an education system that fails our children in Order of the Phoenix. After Dumbledore goes into hiding, Dolores Umbridge (a perfect Imelda Staunton) turns Hogwarts into a house of horrors with administering brutal standardized tests, stifling any sort of creativity and flat-out torturing her own students. “If you have nothing to hide, you have nothing to fear,” she says with a smile. This is the kind of thinking that led to HUAC trials. On one level, the entire franchise is about a society confronted with the truth they’ve long sought to suppress. Despite attempts to ignore the fantastic, to stay grounded in their versions of reality, the war still came and acknowledgment was the first step in fighting it. Burying your head in the sand does not make the danger go away. 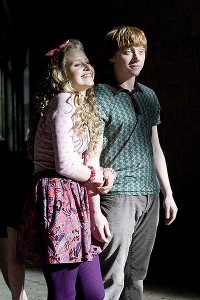 • Tonal imbalance – romance vs. bigger story (6)
Most chapters hit the right notes—the first with its mix of danger and excitement, and the others managed to add the right dose of comic relief as the series grew increasingly dark—but despite my initial praise of it, the sixth chapter is my least favorite. Despite having the series’ biggest WTF moment (Dumbledore’s murder), much of the film feels hollow. That’s because most of the runtime plays like an episode of Degrassi, in which students make out, get hurt and eventually sort out their feelings. Gross. That undercuts the major reveal of the film—the true identity of the mysterious half-blood prince—making it feel like an afterthought. Plus, as we’ll get to in a moment, the blossoming romance between Harry and Ginny feels forced. Not exactly something you want for your lead character.

• Lack of chemistry – Harry and Ginny (7/8)
Given how well Ron and Hermione work together (well, usually) even though Harry and Hermione are a much better match—and I wish there would have been further exploration of that, instead of just Ron always assuming something’s going on in Deathly Hallows, Part 1—Harry’s relationship with Ron’s sister is kind of a joke. There’s not an ounce of chemistry. None. I know them being kids, their kisses can’t have the same intensity as, say, Jack and Rose in Titanic or Rhett and Scarlett in Gone with the Wind. But would it hurt to have just a little passion? It feels as if this romance was simply required by the story and not because it made sense. 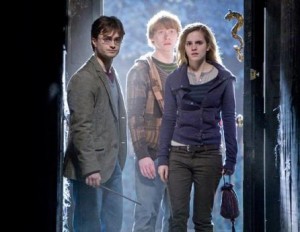 • Convenience – spells (1), time travel (3), endless purse (7)
Perhaps the franchise’s biggest problem is its use of magic. Often, it’s used as a way to bring spectacular effects to the forefront and dazzle the audience. But just as often, it’s used as a crutch. Any time one of our three protagonists is in a jam, a spell or magical item that has previously gone unused (or in some cases, unheard of) provide an instant escape. This would fly if it only happened occasionally, but we’re talking three to five times A MOVIE here. Time travel is employed in the third film (by Hermione, in the nerdiest form imaginable—much like Anthony Michael Hall in The Breakfast Club who has a fake ID so he can vote) which lets our trio go back to save the newly OK’d Sirius Black from capture. This is never used again to avoid questions like Why doesn’t Harry go back in time to save his parents? Or Why doesn’t he just go back in time to Voldemort’s hideout and kill him then? 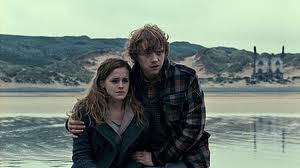 • Most interesting characters die – Dobby (8), Sirius (5), Mad-Eye Moody (8)
So let me get this straight: Ginny survives, the Malfoys live on, but Sirius and Mad-Eye Moody have to die? What a joke. To paraphrase Walk Hard, the wrong wizard died. But the worst and cruelest death of all is Dobby, the house-elf. He shows up out of nowhere (again with the convenience) to save EVERYONE in part 1 of the Deathly Hallows, then promptly gets killed by Bellatrix LeStrange while transporting our heroes to safety. He definitely gets shafted worse than any other character. This is indicative of a problem with the series as a whole: plot elements, items, spells and characters are often discarded after serving their narrative purpose. Kind of unfair if you ask me.