A weak year for film? Maybe at the box office. Otherwise, this was another year stuffed to the gills with great movies, from the multiplex to the art house to your own computer. Plenty of movies took big risks and stuck in our memories, even if they didn’t quite pull off their grand visions (Interstellar, Under the Skin). Others made the most of their simple premises. So here’s my highly subjective Top 10 list. 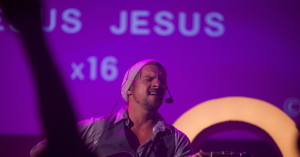 10. Believe Me (dir. Will Bakke)
2014 was a big year for faith-based entertainment. Unfortunately, almost all of those movies were of the dreadfully acted, unbearably preachy sort. Enter Believe Me, from Dallas-based filmmakers Will Bakke and Michael B. Allen, who set out to make a good movie first and inspire second. That’s the first miracle. The second is that they took characters that do something reprehensible and then proceed to make them human, hilarious and heartfelt. And forget church volunteers, they actually got solid actors, even noted atheists Nick Offerman and Alex Russell. See, Christians? You can make a good movie without compromising what you stand for. 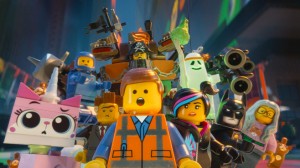 9. The LEGO Movie / 22 Jump Street (dirs. Phil Lord & Chris Miller)
This might be cheating, but Phil Lord and Chris Miller are the true masters of visual comedy. The animated LEGO Movie packs a ton of gags (and heart) into what could have been a 90-minute toy commercial, while the sequel to 22 Jump Street skewers the very idea of sequels. Both are wildly inventive and thoroughly hysterical comedies. I just hope they don’t slow down. 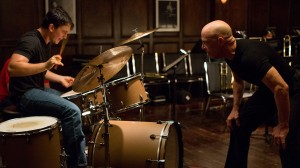 8. Whiplash (dir. Damien Chazelle)
Easily the most stress-inducing movie since The Hurt Locker, Damien Chazelle’s propulsive Whiplash is like Full Metal Jacket set at Berklee. J.K. Simmons turns in his best performance to date as the maniacal, relentless director who pushes his band to the breaking point, then keeps asking for more. Miles Teller, probably the best actor under 30, matches him beat for beat as the arrogant but likable freshman drummer who’s both beaten down and inspired by Simmons’ torturous methods. 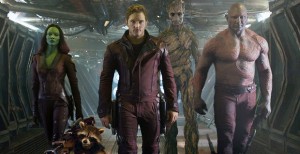 7. Guardians of the Galaxy (dir. James Gunn)
Despite sticking to the Official Marvel Ending® (stopping a giant spaceship from destroying a planet), Guardians of the Galaxy played by its own rules, delivering the movie I’ve been wanting since I was a kid (basically, Star Wars with Indiana Jones in the lead). Chris Pratt delivered the charismatic lead performance I knew he had in him, becoming one of the most engaging actors working today. If James Gunn sticks to his guns, this will be the best of Marvel’s franchises. 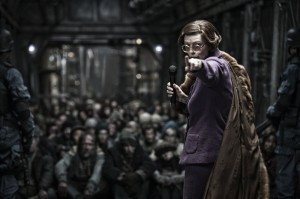 6. Snowpiercer (dir. Bong Joon-ho)
Bong Joon-ho delivered the year’s best blockbuster. Unfortunately, Harvey Weinstein made sure no one in the U.S. saw it. A bold piece of satire with brilliantly staged action, Snowpiercer was a movie that both kicked ass and shone a harsh light on classism. But it also found time to have its hero slip on a fish in the middle of a climactic battle. Like last year’s Elysium, it was dystopian sci-fi with a lot on its mind, but with a crucial difference: It didn’t take itself so seriously. 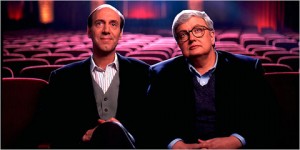 5. Life Itself (dir. Steve James)
Going well beyond the highlight reel of Roger Ebert’s autobiography, Life Itself is a warts-and-all portrayal of the most influential film critic of all time. Given nearly unlimited access to Ebert during the last few months of his life, James casts an uncritical but honest eye on the struggles and quiet strength of Ebert and his wife Chaz. There’s still the overview of his legendary career, but James digs deeper to see the man inside the legend. 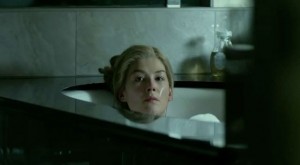 4. Gone Girl (dir. David Fincher)
Profoundly messed up and perversely hilarious, Gillian Flynn’s quasi-romantic mystery is taken up a notch in David Fincher’s hands. With his impeccable style and commanding direction, he brings career-best performances out of Ben Affleck (Nick) and Rosamund Pike (Amy), but also gives time for the mystery to develop as great character actors like Kim Dickens and Carrie Coon discover new twists that take away credibility from Nick as he searches for his missing wife. And who knew Tyler Perry or Neil Patrick Harris had this in them? 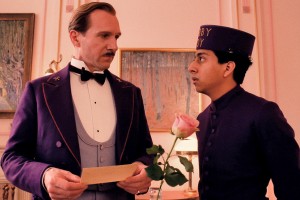 3. The Grand Budapest Hotel (dir. Wes Anderson)
Wes Anderson takes his quirky genius to another level with this melancholy look at the past. Using different aspect ratios and incredible production design, it’s a fast-paced caper capped with the sadness that creeps in when war takes over. Ralph Fiennes takes a break from his villainous roles to enjoy a lead performance as the pansexual, dedicated concierge Gustave. Tony Revolori also impresses as Gustave’s young charge Zero. But my biggest laugh came from Adrien Brody discovering his mother’s valuable painting has been replaced by a pornographic illustration: “What’s the meaning of this shit?!” 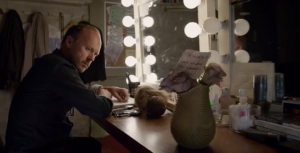 2. Birdman (dir. Alejandro G. Iñárritu)
The big joke of Birdman is that the play Riggan Thomson (Michael Keaton) is putting on actually kind of sucks. What’s not a joke is how great Keaton’s performance is, how fantastic Iñárritu’s direction, and how breathtaking Emmanuel Lubezki’s cinematography. It’s a movie about giving everything to your art and Keaton leaves everything on the screen. 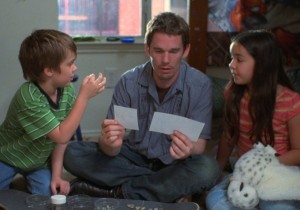 1. Boyhood (dir. Richard Linklater)
Obviously, it wasn’t much of a competition. Richard Linklater’s most ambitious project to date, his 12-year coming-of-age story, will resonate with anyone with divorced parents, anyone with an artistic bent, anyone who grew up in Texas, anyone period. Patricia Arquette and Ethan Hawke are rightly receiving praise for their performances, but this whole thing falls apart if Ellar Coltrane, Linklater’s incredible discovery, isn’t giving one of the greatest performances of all time by a child actor.

Also worth mentioning are Brazilian Western and A Touch of Sin, two foreign films I saw at the Dallas International Film Festival in April, but have not yet received a U.S. theatrical release.

Did not release in time: Inherent Vice, A Most Violent Year, Selma

15 movies I didn’t see but probably would have loved: The Babadook, Big Eyes, Big Hero 6, Calvary, CITIZENFOUR, Dear White People, The Gambler, The Guest, A Most Wanted Man, The One I Love, The Raid 2, The Rover, The Skeleton Twins, The Trip to Italy, Unbroken