As usual, this top 10 is comedy-heavy. I’m sure there are plenty of fine dramas that get dissected every week, but I don’t keep up with those. Here’s the best of what I could keep up with, and it’s all quite good. 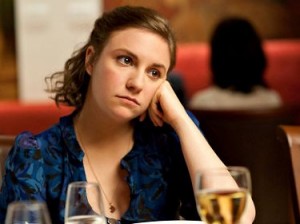 10. Girls (HBO)
Hilarious. Frustrating. Whiny. Brilliant. Just about every adjective you can throw at this show would stick. I’m not wildly in love with the show, but I’m certainly not going to be hate-watching either. It still needs some focus and could cut down on the uncomfortable sex scenes, but Lena Dunham is a fearless performer and an exciting new voice. Season two should raise the bar.
Standout episodes: Pilot, “All Adventurous Women Do,” “Hannah’s Diary” 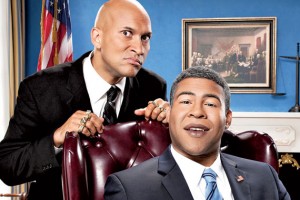 9. Key & Peele (Comedy Central)
While I still miss my beloved Chappelle’s Show, these two MadTV vets are carrying the torch, tackling race and modern life in hilarious sketches, presented before a live audience. They even got big ups from POTUS himself. 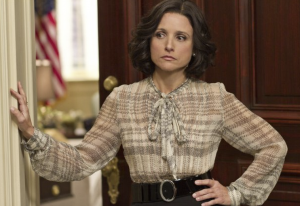 8. Veep (HBO)
This gut-busting Beltway satire could not be funnier or more scathing. Julia Louis-Dreyfus is performing her ass off in a sharply written role as the constantly befuddled VP Selina Meyers (also known as Mrs. Doubt-meyer, Viagra Prohibitor and Wicked Witch of the West Wing).
Standout episodes: “Catherine,” “Chung,” “Tears” 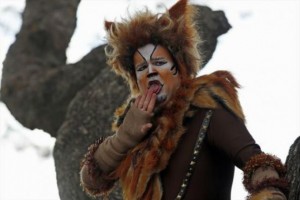 7. Modern Family (ABC)
I came down hard on season three, as I should have. The show was coasting, which is a shame. Thankfully, everything seems to have rebounded, and season four is consistently hilarious. Now, can we spread the Emmy love to the kids on the show?
Standout episodes: “Aunt Mommy,” “Schooled,” “When a Tree Falls” 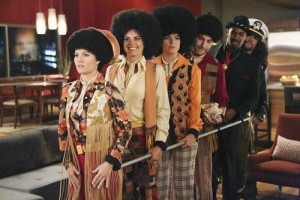 6. Happy Endings (ABC)
I will continue to stump for this show and pray it finally gets the audience it deserves. It’s now moved past all the Friends comparisons to be one of the most consistently funny and joke-filled half-hours on TV. Plus, there are puppets (Sin-brad), a car czar (played by Rob Corddry) and an all-male Madonna tribute band (Mandonna). What’s not to love?
Standout episodes: “The St. Valentine’s Day Maxssacre,” “The Butterfly Effect Effect,” “No-Ho-Ho” 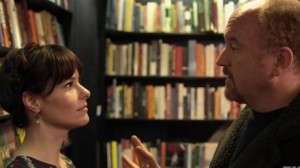 5. Louie (FX)
Week-to-week, I was not impressed with Louie. But now that the season has wrapped (and we won’t get any new episodes until 2014 at the earliest), I can safely say Louis CK turned in a fantastic season. Though not as mind-blowing as season two, season three saw Louie becoming less of a sad-sack and more proactive in trying to be happy and provide better for his kids. A three-episode arc found him being groomed to take over David Letterman’s job hosting The Late Show, with great guest turns from Garry Marshall, David Lynch and even Jay Leno. Of course, good things don’t happen to Louie, as this season consistently proved, so don’t expect a lot of holiday cheer.
Standout episodes (aside from the Late Show arc): “Miami,” “Daddy’s Girlfriend (Part 2),” “New Year’s Eve” 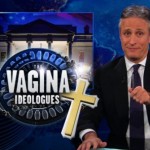 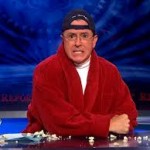 4. The Daily Show/The Colbert Report (Comedy Central)
Election season always brings out the best in these shows and this year was no exception. But I feel I must now retire both of these shows from any future best-of lists, because I have nothing new to say about them. They are sadly the best place to get news (or at least a better way to cut through the media fog) and always hilarious, but this needs to be the last time I mention them here. You all know how great they are. Keep watching. 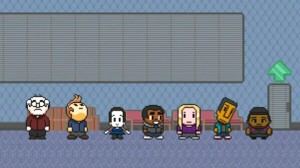 3. Community (NBC)
Thanks a lot, NBC, for waiting to air this show until February. Even if we were denied some timely holiday episodes, we had a great back-half of season three, even if we also had to wait a while for it. “Introduction to Finality” would have served as a great series finale, but this is a show I will always be grateful to have on the air, so I am thrilled to know more episodes will air, some time, in 2013.
Standout episodes: “Pillows and Blankets,” “Basic Lupine Urology,” “Introduction to Finality” 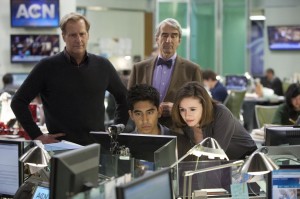 2. The Newsroom (HBO)
Haters to the left, please. Aaron Sorkin’s verbose, witty take on current events (well, major events that took place between 2010 and 2011) never ceased to impress me. Sure, the office politics and romances grew a bit tiresome, but any time Sam Waterson was onscreen or Jeff Daniels took the anchor seat, I was enthralled.
Standout episodes: “We Just Decided To,” “Bullies,” “The Blackout, Part 2: The Mock Debate” 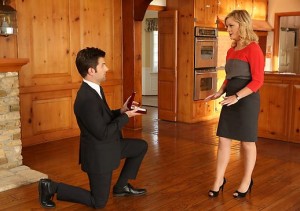 1. Parks and Recreation (NBC)
The fact that I got giddy (nearly to the point of shedding some happy tears) in two of the episodes mentioned below tells me that this show means more to me than I previously thought. I can think of no other sitcom that progressively got better, season after season. We’re now in season five and I don’t think this show has yet hit its peak.
Standout episodes: “The Debate,” “Halloween Surprise,” “Ron and Diane”