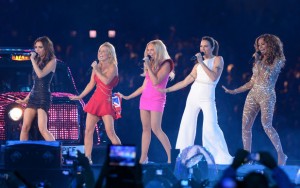 2012 Summer Olympics Closing Ceremony
Ridiculous, awesome, maddening, crazy. I loved every second of it, even the bad parts. 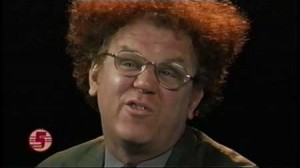 Check it Out! – “Death”
In what is likely the final episode of John C. Reilly’s public-access nightmare, the boorish Dr. Steve Brule explores why we’re here, with hilarious and sad results. You’ll either find it genius or stupid, and you’d be right either way. 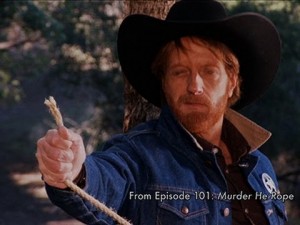 Eagleheart – “Honor Thy Marshal”
This incredibly meta episode features Conan O’Brien as a producer who casts a U.S. Marshal in a knock-off of Walker Texas Ranger, but insists on calling the show Honor Thy Marshal. It doesn’t make a lot of sense if you haven’t watched Eagleheart, which itself is a violent parody of Walker Texas Ranger produced by Conan O’Brien. But in the context of the season, it’s a great inside joke. 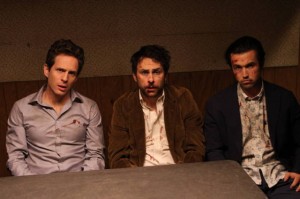 It’s Always Sunny in Philadelphia – “Maureen Ponderosa’s Wedding Massacre”
Another inconsistent season from Sunny, but one that gave us this inspired, disgusting Halloween episode that features a scene with McPoyle brothers I wish I could erase from my mind. *shudders* 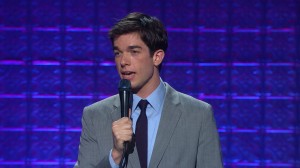 John Mulaney: New in Town
In a year with new specials from Louis CK, Aziz Ansari, Demetri Martin and Jim Gaffigan, one stand-up hour stood above them all: the one from the short kid who looks like the lead singer of fun. (No really, check it out.) With riffs on everything from Ice-T and Home Alone 2 to his past issues with drug and alcohol addiction, the SNL writer’s first full special has it all. 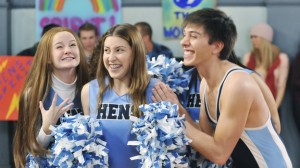 The Middle – “The Year of the Hecks”
Barely making this list (because of its airdate, not its lack of quality), is this fantastic episode of The Middle. The ensemble cast rivals Modern Family for the number of times each of its characters have great moments. This show and Suburgatory often get lost in the shuffle, being paired with lesser sitcoms and hiding in the shadows of Modern Family. But everyone in the cast, particularly Eden Sher as the middle of The Middle, deserves more attention than they currently get. 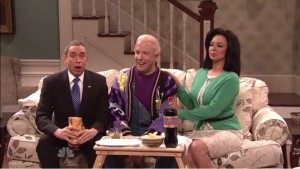 Saturday Night Live – “Maya Rudolph/Sleigh Bells”
Every year, SNL turns in at least one episode that knocks it out of the park. The return of former MVP Maya Rudolph got the writers churning out great sketch after great sketch, including more-than-token roles for the show’s black cast members. Plus, Amy Poehler and Justin Timberlake showed up as the icing on the cake. 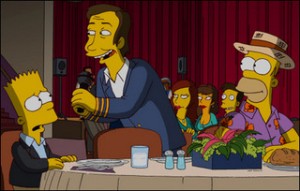 The Simpsons – “A Totally Fun Thing Bart Will Never Do Again”
The Simpsons is easily my favorite show of all time, despite whatever dip in quality it’s brought on itself, but I think this might be the first time I’ve ever actually gotten emotional over an episode, at least since some of the first seasons. The family takes a cruise and Bart, not wanting to go back to his cruddy existence of school-home-school, creates a hoax to keep the ship at sea indefinitely. I watched this right after I got back from expedition to the Pacific Northwest and it hit me like a ton of bricks. Lisa was right. I have to enjoy my time away as it’s happening and reflect on it, not lamenting that I have to go back to my eight-to-five job. 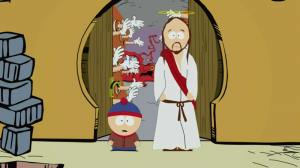 South Park – “A Scause for Applause”
Even better than their very good take-downs of the NFL (“Sarcastaball”) and the 2012 election (“Obama Wins!”), Trey & Matt’s best episode was this sacrilegious satire of the Lance Armstrong scandal, which thoroughly skewered bracelet culture by making WWJD wristwear the surrogate for those yellow Livestrong bands. Oh, and there’s a Dr. Seuss-inspired interlude (emphasis on the inspired part). 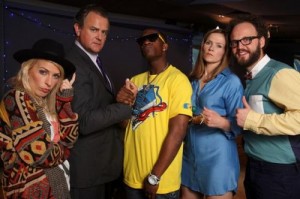 Twenty Twelve – “The Rapper”
There are many things the Brits do better than us Americans and this workplace comedy is no exception. I saw this on a plane after many flight delays and I laughed myself silly. Taking a satiric look at how quickly things backfire because of following what PR deems a “trend,” this Olympic-themed britcom was quite hilarious and suggested plenty of backstory for each character, something American comedies shy away from until much later in their runs.