The Weekender: ‘We Need to Talk About’ these lousy movies

The Lorax (PG)
Starring the voices of Danny DeVito, Ed Helms, Betty White
Written for the screen by Ken Daurio, Cinco Paul
Directed by Chris Renaud, Kyle Balda
Unlike other Dr. Seuss classics like The Cat in the Hat, Yertle the Turtle and Green Eggs & Ham, The Lorax is a pretty weak effort. Despite taking a topic close to his heart (environmentalism), Dr. Seuss completely phones in the prose. So imagine my surprise that this film actually looks maybe possibly good. DeVito is the voice of the titular character, a bright orange furball who loses his home to deforestation. Renaud directed the pleasant surprise Despicable Me, and I’m hoping for a similar delight.


We Need to Talk About Kevin (R)
Starring Tilda Swinton, John C. Reilly, Ezra Miller
Written for the screen by Lynne Ramsay & Rory Kinnear
Directed by Lynne Ramsay
Lynne Ramsay directs her first film since the critically acclaimed Morvern Caller a decade ago. She also adapts the controversial novel about the mother of a teen who shoots several classmates. Swinton will be great as usual, though she missed out on an Oscar nod, even though she was cited by the Screen Actors Guild and BAFTA. Expect a harrowing portrait of a woman who tries to figure out where it all went wrong.
PLAYING AT BOTH ANGELIKAS

Undefeated (PG-13)
Directed by Daniel Lindsay, T.J. Martin
A surprise winner for Best Documentary Feature at this year’s Oscars, Undefeated tells the story of a Memphis high school football team that revamps in an attempt to undo years of embarrassing losses. Soon to be featured on a list of movies that will make a grown man cry.
PLAYING AT THE ANGELIKA DALLAS

In Darkness (R)
Starring Robert Wickiewicz, Benno Furmann, Agnieszka Grochowska
Written for the screen by David F. Shamoon
Directed by Agniezska Holland
One of many films at this year’s Oscars that pundits declared a potential spoiler, but really had no chance of winning at all. In Darkness is yet another foreign language film about the Holocaust, this time about a Polish sanitation worker who hides Jews in his city’s sewer system.
PLAYING AT THE ANGELIKA PLANO and THE MAGNOLIA 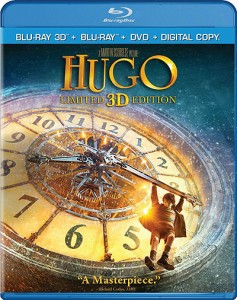 Hugo (93%)
In this year’s Oscar race, it came down to two movies about getting nostalgic for silent movies. One was clearly superior, possessing a deeper love and knowledge of why cinema is such a powerful force. And that one didn’t win Best Picture. Hugo represents a huge leap forward for 3-D films and once again proves that Marty Scorsese is a director capable of absolutely anything. The framework of the orphan’s story proves quite malleable, so Scorsese shapes it to include film history, convincing juvenile romance and especially a bit of melancholy. There’s a lot of sadness in here, but just as in life, it’s easy to forget about your troubles when you’re watching a movie.

To buy:
Music: New York Dolls: Live at the Bowery