Cloud Atlas (R)
Starring Tom Hanks, Halle Berry, Jim Broadbent
Written for the screen and directed by Tom Tykwer & The Wachowskis
Sure to be one of the most exhilarating and exhausting movie events of the year, the creators of The Matrix trilogy and the eclectic director of European hits like Run Lola Run and Perfume unites an all-star cast for a multi-layer story that crosses continents and centuries. I could not be more excited.

Fun Size (PG-13)
Starring Jane Levy, Victoria Justice, Thomas Mann
Written by Max Werner
Directed by Josh Schwartz
While the idea of Superbad-meets-Baby’s Day Out doesn’t excite me like it should, if you’ve ever seen an episode of Suburgatory, you know Jane Levy can more than hold her own. She plays the best friend of Wren (Justice), who’s forced to babysit her brother (Jackson Nicoll) on Halloween. Things go predictably awry when the kiddo goes missing.

Silent Hill: Revelation (R)
Starring Sean Bean, Radha Mitchell, Carrie-Anne Moss
Written for the screen and directed by Michael J. Bassett
If you ask the average gamer or cinephile, they’ll tell you Silent Hill is the best video game adaptation ever. That’s not saying much, but this big-screen version of Silent Hill 3 could be another success.

Blues for Willadean (NR)
Starring Beth Grant, Octavia Spencer, Dale Dickey
Written for the screen and directed by Del Shores
While I wish he would have kept the original play’s title (The Trials and Tribulations of a Trailer Trash Housewife), it’s hard to think of a better actress to play the titlular role than Beth Grant, a veteran character actress who looks like a Walmart cashier who smokes a whole pack of cigarettes on her break. Expect a sad but genuinely funny look at these fleshed-out characters.
PLAYING EXCLUSIVELY AT THE ANGELIKA DALLAS

The House I Live In (NR)
Directed by Eugene Jarecki
Jarecki and his brothers always make fascinating films, and this should be no exception. It’s a full examination at how the U.S. government, despite some lip service, still treats the drug problem in America as a war, focusing on incarceration rather than rehabilitation and continuing to hold back minorities with profiling and mandatory sentences.
PLAYING EXCLUSIVELY AT THE MAGNOLIA 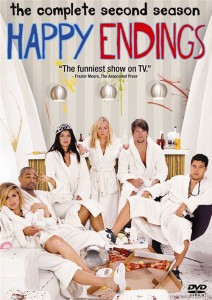 Happy Endings (Season 2)
The first season of this show delivered plenty of laughs and some good camaraderie among the cast. But season 2 took a gigantic leap forward, making it the funniest show and best ensemble on TV. It’s still just a show about some 30-something friends living in Chicago, but that opens everyone up for some great improvisation and running gags. Choice episodes include “The St. Valentine’s Day Max-ssacre,” “ The Butterfly Effect Effect” and just in time for Halloween, “Spooky Endings.”