The Weekender: It would take a ‘Strong’ strong man 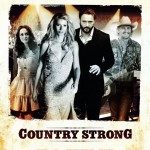 Country Strong
Starring Gwyneth Paltrow, Tim McGraw, Leighton Meester
Written and directed by Shana Feste
Don’t tell my heart, my achy breaky heart. I just don’t think he’d understand how fine actors like Gwyneth Paltrow and Tim McGraw (you heard me!) are sharing the screen with Garrett Hedlund and Leighton Meester more like a made-for-CMT movie than a feature film. Paltrow is the newly sober superstar on a comeback tour. She can sing and act, but do we need to sit through this for proof? 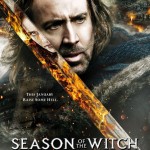 Season of the Witch
Starring Nicolas Cage, Ron Perlman, Christopher Lee
Written by Braci Schut
Directed by Dominic Sena
I’ve always wanted to know what the director of the awesomely bad Gone in 60 Seconds and Swordfish could do with a sword-and-sorcery epic. Just kidding. Nobody wanted that. But here we are just one week into 2011, with a sure-fire contender for the 2012 rallies. The real problem is that Nicolas Cage makes so many movies, it’s difficult to tell which ones are fun-bad (The Wicker Man, Bad Lieutenant) and which are bad-bad (Knowing, Ghost Rider). But I think you know where this one’s headed. 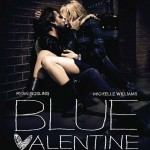 Blue Valentine
Starring Michelle Williams, Ryan Gosling, Ben Shenkman
Written by Derek Cianfrance, Joey Curtis, Cami Delavigne
Directed by Derek Cianfrance
Finally we have some competition for most depressing movie of the year. Williams and Gosling are Oscar contenders as a couple falling apart at the seams. It’s shuffled with scenes of their whirlwind romance. Think of it as the downer version of 500 Days of Summer.
PLAYING EXCLUSIVELY AT THE MAGNOLIA AND WEST PLANO CINEMARK 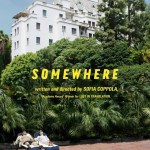 Somewhere
Starring Stephen Dorff, Elle Fanning, Chris Pontius
Written and directed by Sofia Coppola
I hope Coppola gets some more attention thrown her way after essentially disappearing after Lost in Translation and her much maligned version of Marie Antoinette. There have been plenty of jokes about how hard it is to suspend your disbelief that Stephen Dorff is playing a “famous actor,” but I’m excited to see what sounds like a traditional story: playboy must take care of his estranged daughter, learns fatherhood is better than bachelorhood. Plus, a score by Phoenix!
PLAYING EXCLUSIVELY AT THE MAGNOLIA 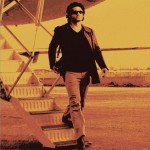 Carlos
Starring Edgar Ramirez, Alexander Scheer, Alejandro Arroyo
Written by Dan Franks & Olivier Assayas
Directed by Olivier Assayas
This is one of the only times I’ll say this about a movie I haven’t seen yet: wait for the DVD. There’s no way you can sit through all three two-hour films that make up this epic film (originally a TV mini-series) about Carlos the Jackal, who terrorized Venezuela and the OPEC headquarters in Vienna, killing lots of folks. Ramirez is supposed to revelatory. This will also make a good double (quadruple? quintuple?) feature with Vincent Cassel’s Mesrine.
PLAYING EXCLUSIVELY AT THE TEXAS THEATRE 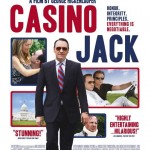 Casino Jack
Starring Kevin Spacey, Barry Pepper, Jon Lovitz
Written by Norman Snider
Directed by George Hickenlooper
This technically opened last week but I’m catching since it’s added a screen at the fancy-sauce West Plano Cinemark. Spacey, finally returning to serious roles after having some fun with big-time paychecks, plays the disgraced lobbyist Jack Abramov. If the previews are any indication, we’re in for a good time, Informant-style.
PLAYING EXCLUSIVELY AT THE MAGNOLIA AND WEST PLANO CINEMARK