The Weekender: ‘End’ it all

Man of Steel (PG-13)
Starring Henry Cavill, Michael Shannon, Amy Adams
Screen story by David S. Goyer & Christopher Nolan
Screenplay by David S. Goyer
Directed by Zack Snyder
Is this the Superman we all deserve? Or another failed attempt to bring a comic book to life from Zack Snyder? That’s the weight the director of 300 and Watchmen has on his shoulders. I learned after Superman Returns that bringing together a great crew does not necessarily make for a great film. Consider me cautiously optimistic. 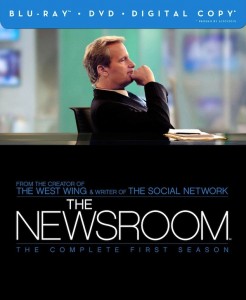 The Newsroom (Season 1)
Despite what the haters said, this was one of the best series of 2012, anchored by a terrific performance from Jeff Daniels. Sorkin’s dialogue still pops and the show’s take on real-life events adds gravity to a show that can occasionally get silly. A must-own if you don’t have HBO Go.

This entry was posted in Film, Previews, Reviews and tagged henry cavill, man of steel, seth rogen, this is the end. Bookmark the permalink.