Oz the Great and Powerful (PG)
Starring James Franco, Mila Kunis, Michelle Williams
Screenplay by Mitchell Kapner and David Lindsay-Abaire
Directed by Sam Raimi
Before the debacle of Alice in Wonderland, the prospect of Sam Raimi tackling the uncharted realms of L. Frank Baum’s dense Oz novel would have had me excited. While I’m still trying to erase memories of Tim Burton’s CGI desecration, I can’t help but think this might be slightly better. But slightly better than one of a movie that elicits pure, unbridled rage isn’t much to go on. Hopefully, Raimi will use the huge paycheck he earned on this and make a fantastic 3-D horror movie soon.

Dead Man Down (R)
Starring Colin Farrell, Noomi Rapace, Terrence Howard
Written by J.H. Wyman
Directed by Niels Arden Oplev
Despite a great cast that also includes Isabelle Huppert and F. Murray Abraham, this looks like another indistinguishable revenge thriller. Noomi should get Ridley Scott on the phone and tell him to hurry up with that Prometheus sequel.

Emperor (PG-13)
Starring Tommy Lee Jones, Matthew Fox, Kaori Momoi
Screenplay by David Klass and Vera Blasi
Directed by Peter Webber
Tommy Lee Jones playing an iconic figure should have garnered a major fall release for awards consideration. The fact that it’s being released in March means one of two things: the studio couldn’t afford to mount an Oscar campaign or they’re burying a stinker. I fear it’s the latter, and a character as fascinating as Douglas MacArthur deserves better.
PLAYING EXCLUSIVELY AT THE ANGELIKA DALLAS

The Gatekeepers (PG-13)
Directed by Dror Moreh
This Academy Award nominee for Best Documentary Feature takes a look inside the Shin Bet, Israel’s version of the CIA. The results are, as you’d expect, kind of terrifying.
PLAYING AT THE ANGELIKA PLANO and THE MAGNOLIA

Greedy Lying Bastards (PG-13)
Directed by Craig Rosenbaugh
Exactly the kind of documentary I can’t stand. Despite having good intentions, this doc makes its case with a megaphone. There’s got to be a better way to illuminate the way the GOP and Big Oil are working together to get people to ignore/disbelieve climate change.
PLAYING AT THE ANGELIKA DALLAS and CINEMARK WEST PLANO 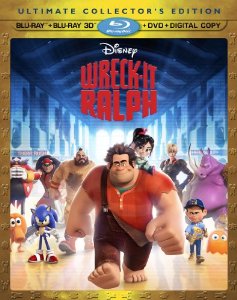 Wreck-it Ralph (86%)
No film from 2012 was as enthralling and dazzling as Disney’s in-house animation effort. It doesn’t have a heart as big as Pixar’s, but it makes up for it with clever storytelling and an unlimited visual palette. It’s going to knock you out on Blu-ray.