The Bourne Legacy (PG-13)
Starring Jeremy Renner, Rachel Weisz, Edward Norton
Screen story by Tony Gilroy
Screenplay by Tony Gilroy & Dan Gilroy
Directed by Tony Gilroy
Here’s one franchise I don’t mind them continuing. Like the Mission: Impossible series, I’ll see as many of them as they put out. Renner plays Aaron Cross, who’s even stronger than Jason Bourne and just as distrustful of the government agency that made him into a super-soldier. Expect more “How did they do that?!” moments and (hopefully) less shaky-cam.

The Campaign (R)
Starring Will Ferrell, Zach Galifianakis, Jason Sudeikis
Written by Chris Henchy and Shawn Harwell
Directed by Jay Roach
Though R-rated comedies have lately left me cold, I’m cautiously optimistic for this political satire. Ferrell plays a long-term senator whose Anthony Weiner-like scandal finally makes him vulnerable to a challenger. That opponent is Galifianakis, tapping into his North Carolina roots to play an easily swayed goober.

Hope Springs (PG-13)
Starring Meryl Streep, Tommy Lee Jones, Steve Carell
Written by Vanessa Taylor
Directed by David Frankel
It stars Meryl Streep and she’s not singing. I don’t know what other information you need. Fine. Here, she’s the wife of Tommy Lee Jones and neither of them are particularly happy. So they head out to a weekend getaway at a renowned couples therapy retreat. Carell plays the man who tries to fix their broken marriage.

The Queen of Versailles (PG)
Directed by Lauren Greenfield
One of the hottest tickets at Sundance this year was this doc about David Siegel, a time-share magnate who set out to build the nation’s largest private-residence. Then of course, the housing market tanked and they were left with a half-finished mansion. If it sounds unrelatable, critics say the characters (particularly Siegel’s hot young wife) are larger than life and lend some humor to the Great Recession.
PLAYING EXCLUSIVELY AT THE ANGELIKA DALLAS

Goats (R)
Starring Vera Farmiga, David Duchovny, Keri Russell
Written for the screen by Mark Poirier
Directed by Christopher Neil
A hip teen gets ready to leave behind his Arizona home for a prep school on the East Coast. But there are so many wacky characters! Why would he ever want to leave? Mark Poirier adapts his own novel, but this seems destined to be one of those movies with a great cast that makes you wonder what drew them to such dreadful material in the first place (see also: Scorched, Town & Country).
PLAYING EXCLUSIVELY AT AMC GRAPEVINE 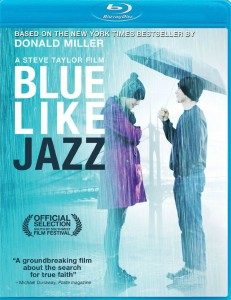 Blue Like Jazz (43%)
As an indie dramedy, this feels above average. As a Christian movie, it feels like a revolution. Donald Miller adapts his own memoir about his spiritual evolution in college. Unlike the horribly acted, totally telegraphed Kirk Cameron vehicles, Blue Like Jazz comes across as wholly authentic (even if it’s changed drastically from the book). There will be better movies this year, but few will be as important.