The Weekender: ‘Dog Days’ are over

Total Recall (PG-13)
Starring Colin Farrell, Kate Beckinsale, Jessica Biel
Screen story by Ronald Shusett & Dan O’Bannon and Jon Povill and Kurt Wimmer
Screenplay by Kurt Wimmer and Mark Bomback
Directed by Len Wiseman
This reboot/reimagining/remake of the didn’t-need-to-be-messed-with Schwarzenegger thriller looks better than I originally thought, but it’s really hard to shake that pointless feeling. Sure the effects will be better than some of the atrocities in Paul Verhoeven’s take, but for what purpose? Also, you see how many writers are credited on this thing? That’s a big red flag, meaning lots and lots of rewrites. Sounds like a big ol’ Mars-sized mess to me (though this will still out-gross John Carter).

Diary of a Wimpy Kid: Dog Days (PG)
Starring Zachary Gordon, Robert Capron, Devon Bostick
Screenplay by Maya Forbes & Wallace Wolodarsky
Directed by David Bowers
Don’t be afraid to admit you like this series. It’s good, wholesome entertainment for the whole family, and I mean that in a true sense. This third film, which adapts two books in the series, features writing from former Simpsons scribe Wallace Wolodarsky, which should only mean good things. Unfold your arms, sneering hipsters, and enjoy this well-made kids’ movie.

Killer Joe* (NC-17)
Starring Matthew McConaughey, Emile Hirsch, Thomas Haden Church
Written for the screen by Tracy Letts
Directed by William Friedkin
Not for the faint of heart, Killer Joe is a deep-fried spitwad that will surely divide audience. It earns its rating by refusing to shy away from sex or violence, meaning the version Friedkin and Letts wanted is presented here. McConaughey (currently enjoying the best comeback year of any actor since Josh Brolin’s 2007) thrills as a smooth-talking hit man whose charms mask a man with absolutely no pity. He’s hired by Emile Hirsch to take out his mama for the insurance money. Then the double-crosses start as everyone heads toward a violent conclusion. Most moviegoers will be turned off by the film’s unrelenting bleakness but for the moviegoer who can stomach this, there are rewards galore. Read my review at College Movie Review.
PLAYING EXCLUSIVELY AT THE ANGELIKA DALLAS

Ruby Sparks (R)
Starring Paul Dano, Zoe Kazan, Chris Messina
Written by Zoe Kazan
Directed by Jonathan Dayton & Valerie Faris
I’m swooning so hard for this movie from the directors of Little Miss Sunshine. Dano stars as a struggling novelists who writes his vision of the perfect woman, only for her (Kazan) to come to life the next day. But can she possibly be real? Can she live up to what is essentially a fantasy he created? More importantly, will this movie distinguish itself from the myriad other indie comedies starring Manic Pixie Dream Girls?
PLAYING AT THE MAGNOLIA and CINEMARK WEST PLANO

The Graduate: 45th Anniversary Reunion (NR)
Starring Dustin Hoffman, Anne Bancroft, Katharine Ross
Written for the screen by Calder Willingham and Buck Henry
Directed by Mike Nichols
Rialto brings back the landmark comedy to the big screen. It’s surely one of the greatest movies of all time, but not necessarily one you need to head to the theater to see.
PLAYING EXCLUSIVELY AT THE ANGELIKA DALLAS

The Magnolia: Farewell, My Queen (R) 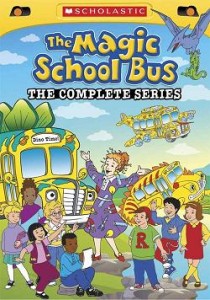 The Magic School Bus (The Complete Series)
We ’90s kids sure were spoiled when it came to animated shows growing up. Even the shows that aimed to educate us like this set a high bar most shows after have failed to cross. So while this lauded PBS series probably won’t mean much to you today, it’s a fine artifact of a time when a kids’ show could both educate and entertain.