The Weekender: ‘Carrie’ on

Carrie (R)
Starring Chloë Grace Moretz, Julianne Moore, Portia Doubleday
Written for the screen by Lawrence D. Cohen and Roberto Aguirre-Sacasa
Directed by Kimberly Pierce
I totally believe in Chloë, but as with all horror remakes, this one’s wholly unnecessary. Granted, I’ve been surprised before, particularly the last time she did one (Let Me In), but there’s no way this doesn’t feel like a shameless money-grab.

Escape Plan (R)
Starring Sylvester Stallone, Arnold Schwarzenegger, Vincent D’Onofrio
Story by Miles Chapman
Screenplay by Miles Chapman and Arnell Jesko
Directed by Mikael Håfström
Stallone and Schwarzenegger do The Great Escape in the Future. This can only be awesome if the two biggest action stars of the ’80s commit to its ridiculousness. If the film takes itself to seriously, it will be D.O.A. That’s the last thing the stars of The Last Stand and Bullet to the Head need.

The Fifth Estate (R)
Starring Benedict Cumberbatch, Daniel Brühl, Alicia Vikander
Screenplay by Josh Singer
Directed by Bill Condon
After earning a hefty paycheck for directing the finale of the worst franchise since Police Academy, Condon returns to the prestige world with this biopic of Julian Assange. He created WikiLeaks, first as a crusader for victims of the world, then as a complete egomaniac.
PLAYING AT ANGELIKA DALLAS and CINEMARK WEST PLANO 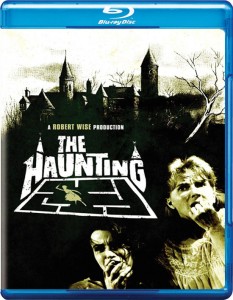 The Haunting
Unlike the gore-fests of today, there was a time when a movie could terrify you with mere suggestion. Robert Wise’s original thriller is one of the all-time best scary movies precisely because you never see anything happen. It’s a masterpiece of editing, camerawork and sound design. Don’t watch it alone.

Blu-ray: The Eagle Has Landed, Embrace of the Vampire, The Hitch-Hiker, In the Mouth of Madness, Night Tide, Notting Hill*, Slap Shot*, The Stranger, Weird Science*

Criterion: Eyes Without a Face