As the fall season got further and further away from me, I ended up dropping shows that were already on the verge of being canceled (Trophy Wife, The Goldbergs) or popular ones that I never had that much of an impetus to watch in the first place (Sleepy Hollow, Agents of S.H.I.E.L.D.), so here’s what’s leftover that I actually watched. Grades are for the pilot episodes only, and some may get better or worse as their seasons progress. 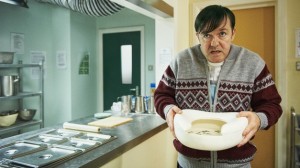 Derek (Netflix) — B+
Tonally, it’s got a lot to sort out. Still, it’s like nothing else on the air. (In fact, it’s on Netflix, though imported from the UK.) It will be interesting to see how Ricky Gervais’s performance evolves, because for all the uproar about this noted asshole playing someone mentally disabled, the show is never offensive. 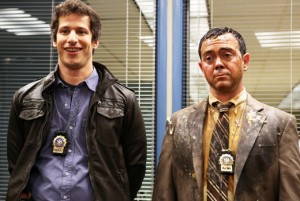 Brooklyn Nine-Nine (Fox) — B+
Easily the most self-assured of the new network comedies. The cast already gels well, even though Andy Samberg is the manic star and Andre Braugher the straight (gay) man. I hope this show sticks around even though it has a disastrous lead-in with Dads. 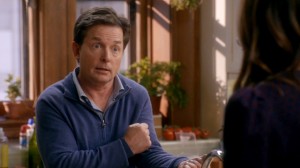 The Michael J. Fox Show (NBC) — B-
I, like any other human being with a beating heart, loves Michael J. Fox. Unfortunately, this feels like a show that could have aired any decade in the past, with only a few current references thrown in. But Fox is a solid anchor for the show, so I’m excited to see it continue. It needs to take more risks, even if that means dropping its “family-friendly” banner. 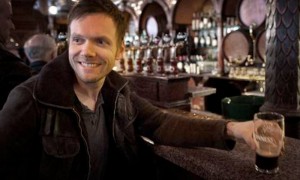 The Getaway (Esquire) — B
One of the launch series for the new Esquire Network doesn’t break any new ground and it certainly doesn’t go as deep into the local culture as something like No Reservations. Still, it’s breezy, lazy Sunday entertainment. The first episode, which features Joel McHale drinking his way through Belfast stumbles when it deviates from this. While any trip to Belfast needs to address The Troubles, The Getaway does so in such a nonchalant manner it’s more offensive than it would be had they ignored it all together. Regardless, this is the perfect show to watch reclined on the couch. 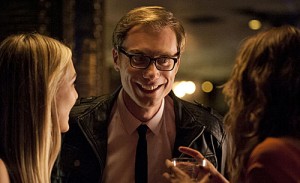 Hello Ladies (HBO) — A-
Finally, the best of the bunch is Stephen Merchant’s misadventures in love. Though there are some disappointingly pedestrian moments in the pilot (Hmm… I wonder if he and his tenant will hook up later this season?), there’s genuine pain and melancholy behind every laugh. And as someone who personally has had minimal success with the opposite sex (until last year when I met my soon-to-be-fiancée), I completely understand his sadness.