The Hobbit: The Battle of the Five Armies
Heaven help me, the final chapter of Peter Jackson’s ridiculous stretching of J.R.R. Tolkien’s novel is your best option this week. Hopefully it’s more like the exciting Desolation of Smaug and less like the slog of An Unexpected Journey.

WIDE RELEASE
• Annie
• Night at the Museum: Secret of the Tomb 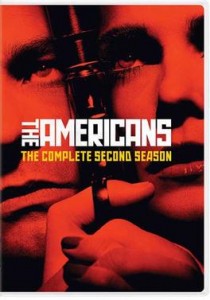 The Americans (Season 2)
Spoiler alert! The Americans is my pick for Best TV Show of the Year. So give yourself an early Christmas present and pick up this set, and cozy up by the fire with betrayal, allegiance and one of the most fascinating portrayals of religion ever put on television.

New to Blu-ray
• Lord of Illusions
• Tootsie [The Criterion Collection]

This entry was posted in Film, Previews and tagged annie, battle of the five armies, hobbit, night at the museum, secret of the tomb. Bookmark the permalink.