The Weekender: At ‘Calvary’

Calvary
John Michael McDonagh’s 2012 comedy The Guard is significantly underrated. His latest takes a blackly comic look at a devout but good-natured priest facing down a gang of ruthless thugs. Brendan Gleeson plays the good Father, and he’s on the shortlist of actors I’ll watch in anything.

WIDE RELEASE
• The Hundred Foot Journey
• Into the Storm
• Step Up: All In
• Teenage Mutant Ninja Turtles

LIMITED RELEASE
What If – Angelika Dallas 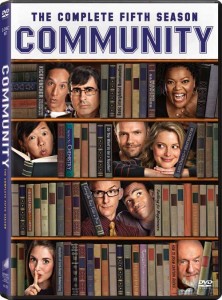 Community (Season 5)
Thanks to Dan Harmon’s miraculous return, Season 5 of Community is the best the show has been since the first half of Season 3. While I appreciated Season 4 more than just about everyone on earth, Season 5 is a marked improvement. With Season 6 on its way to Yahoo, don’t give up yet!

This entry was posted in Film, Previews and tagged calvary, community, hundred foot journey, into the storm, step up all in, teenage mutant ninja turtles, what if. Bookmark the permalink.