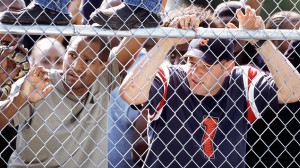 “Game Day” (A)
This show. The cold open took place all inside that gym, as Stringer and Avon pay $20,000 for a ju-co ringer for their Eastside-Westside game. And I almost forgot about the cops. And I was completely riveted. I’ve never seen a show like that. Every character has so many interesting facets to explore, so it can go absolutely anywhere. Yet this episode covers a ton of ground that’s absolutely essential to the overall narrative. The scenes with Shardene are incredibly emotional, even if you didn’t always care about her before. And Omar, who strolls up to the front door for a robbery in which he merely recites part of “The Three Little Pigs,” may have actually found an enemy: his own hubris. 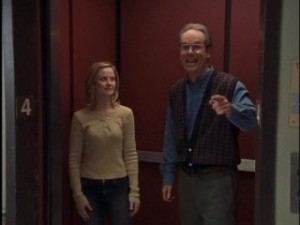 “Hal and Hillary” (B+)
As it faced cancellation, Undeclared spread the love around, focusing on its lesser-known characters. Here, we get to know Lucien, and it’s not a pretty sight. He’s obsessive, and take’s Hal and Hillary’s gross relationship as a rejection of him, and lashes out at Steven. But this means we get a prank war that outdoes the gang’s efforts from “Hell Week.” Even better though is Marshall’s newfound romance with Kikuki. Like Ross and Julie on Friends, it’s a great in-between for the relationship we really want to see (Marshall and Rachel). 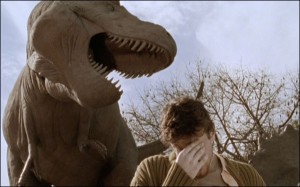 “Eric’s POV” (B-)
As an example of how the show had such a deep bench of characters, “Eric’s POV” is a fine episode. As a finale, though, it’s weak. I appreciate that it makes Eric seem less psychotic, and ends with a great reunion for Lizzie and Steven, it doesn’t have an acceptable sense of finality or wonder, like Freaks and Geeks did. 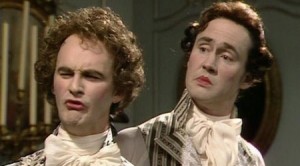 “Nob and Nobility” (B+)
Tim McInnerny is always a pleasant sight, but the show’s skewering of English-French mutual disgust doesn’t land quite as effortlessly as the series’ first two episodes. 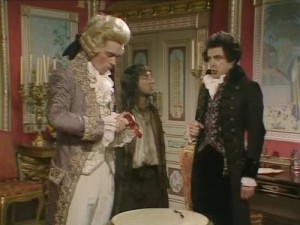 “Sense and Senility” (A-)
Ah, theater folk. What a weird bunch. I can make fun of them because I used to be among them. There’s so much glee I get from the scene where Blackadder can’t help but repeat “Macbeth” to the two thespians he’s hired to have the Prince Regent deliver a rousing speech. This episode perfectly captures the absurdity of the whole show.