After suffering two rounds of mostly terrible flicks, finally I present to you the movies for which you can probably get your hopes up. 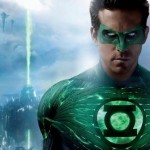 Green Lantern (17 June)
Comic book geeks will likely have a hissy-fit when they see studly, sarcastic Ryan Reynolds suiting up and reciting the pledge, but there shouldn’t be any reason to fear. Reynolds is a dynamic presence in nearly every film, the effects are as good as they can be for a movie like this and Martin Campbell is behind the camera. He’s the underrated action auteur behind two of the best Bond movies (GoldenEye and Casino Royale) plus The Mask of Zorro. The man can make an entertaining summer blockbuster that’s not an insult to your intelligence. Plus, Peter freaking Sarsgaard. What more do you need? 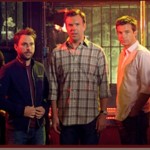 Horrible Bosses (8 July)
A male-centric 9 to 5 for today’s emasculated underemployed? Oh yes. Plus, this film reunites the brilliant comic duo of Jason Sudeikis (SNL) and Charlie Day (It’s Always Sunny in Philadelphia), who together lifted Going the Distance from pretty good romantic comedy to terrific comedy, period. Throw in Jason Bateman, Jennifer Aniston, Colin Farrell, Jamie Foxx, Kevin Spacey, Donald Sutherland AND the Old Spice Guy and you’ve got yourself what might be the comedy of the year. 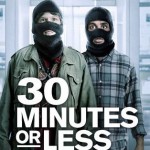 30 Minutes or Less (12 August)
Were it not for the stellar cast and the promising young director, 30 Minutes or Less could refer to how long it takes audiences to lose interest. But you’ve got Oscar nominee Jesse Eisenberg, the always-funny Aziz Ansari (Parks and Recreation), and Nick Swardson & Danny McBride, who really shine when they’re given more to do than just mug. Herding them all is Ruben Fleischer, who came out of nowhere to score a No. 1 opening with the consistently re-watchable Zombieland. Here, not-Michael-Cera plays a pizza delivery guy who winds up in the middle of a heist scheme/terrorist plot cooked up by the duo of Swardson and McBride. Let the F-word-laden hijinks commence! (Trailer NSFW) 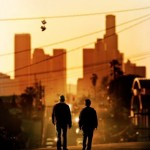 A Better Life (24 June)
Probably the most dangerous movie I’m recommending this summer. I have no reason to believe Chris Weitz (About a Boy) will let me down, even if he is responsible for a Twilight movie. But movies about racial relations in L.A., especially ones directed by white guys, can either be lifeless (Grand Canyon) or transcendent (Crash) or just flat-out terrible (Havoc) with not a lot of in-between. But I have faith he can pull off this story of an illegal immigrant (Weeds‘ Demián Bechir) who teams up with his young son–whose at high risk for joining a gang–to find his stolen truck. It’s a simple tale that could have a big emotional pay-off or it could be a preachy mess. I hope option No. 1 wins out. 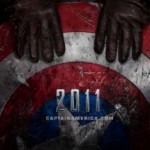 Captain America: The First Avenger (22 July)
Anything would be better than the no-budget 1990 adaptation, but we can’t set our bar that low, not even for this summer. But I’m expecting great things from pulpy Texas native Joe Johnston (Honey! I Shrunk the Kids, The Rocketeer, Jumanji), who will have a keen eye fixed on this WWII-set Marvel adaptation. Chris Evans stars as Cap (some have claimed this will cause confusion since he’s a co-lead in another Marvel franchise, but let’s face it–no one’s going to make another Fantastic Four movie, much less a good one), Hugo Weaving is the Red Skull (oh yes) and possible future Texas Senator Tommy Lee Jones plays Col. Chester Philips. America, f*** yeah! 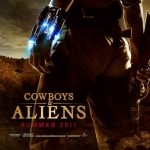 Cowboys & Aliens (29 July)
Only a director like Jon Favreau (Iron Man, Elf) could pull off material this silly and make it work. Daniel Craig is the only man who can defend a frontier town from aliens. Unfortunately, he doesn’t remember why or how. Harrison Ford is his captor and eventual ally in the summer’s surprise hit. 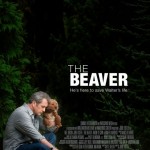 The Beaver (6 May)
Personally, this summer is all about giant risks. Which is one of many reasons I’m so excited about The Beaver. Though Steve Carell was originally cast and would have been brilliant, I can’t think of a better embodiment of a depressed man who mounts a creative and personal comeback than Mel Gibson. Here, he’s Walter, a toy executive who learns to cope with his depression and rage through a beaver puppet, which he hopes will help him have reconciliation with his wife and two kids. Jodie Foster pulls double duty as the director of the film and playing Walter’s wife. Jennifer Lawrence also shows up as the creative love interest of the angry eldest son (Anton Yelchin, Star Trek). Expect a knockout. 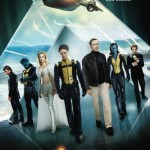 X-Men: First Class (3 June)
Flashback to five summers ago. Remember how excited you were for that final X-Men movie? It was supposed to be so great, especially after the improvement X2 made on the first film. And then it sucked, and it sucked big time (see also: Spider-Man 3). Well that’s what happens when your first director bails for another tentpole (Superman Returns… yikes) and your back-up has creative differences (and then goes on to make Stardust… double yikes) so you end up saddled up with a complete doofus like Brett Ratner. Now we’ll get to see what that back-up would have done. Matthew Vaughn (Kick-Ass) is clearly after more than just entertainment here and hopefully audiences will be up for that. 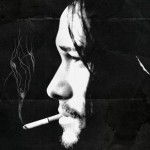 Hesher (13 May)
With Christian Bale finally bringing home the Oscar for his first nomination (The Fighter), Joseph Gordon-Levitt is now the greatest living actor without a statue or even a nod from the Academy. He may get his chance as the wild de facto guardian of a neglected boy (Devin Brochu). It looks like a wild ride, but one I couldn’t be more excited to take. 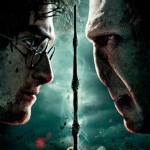 Harry Potter and the Deathly Hallows, Part II (15 July)
Before you get angry that this isn’t No. 1, let me explain. To me, the Harry Potter franchise is like soccer. Yes, I get excited for it and enjoy it, but I don’t obsess over it like billions worldwide do and nothing’s going to click to take me over to the other side. I feel like this gives me a more objective view of the films as actual films (but that’s a pretty subjective opinion of course). But let’s put it this way: I’m going to see the movie, but I’m not going at midnight and I’m not dressing up. That’s really the only difference between me and the millions of people who will make this final chapter of the franchise a monster success (like, $450 million domestic). 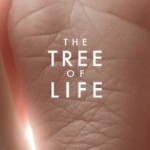 Tree of Life (27 May)
I know Terence Malick is pretentious and long-winded. But he’s also incredibly insightful about the human condition, particularly when it comes to our shared fears. That’s why I’ve been planning on seeing this for over a year, why this is going to be the big “event” movie for my circle of friends. There simply won’t be anything quite as powerful as this all summer long. It’s a multi-generational story about an emotionally stunted man (Sean Penn) who struggles with how he got that way. It may have something to do with his father (Brad Pitt, whom we see in flashback), who teetered on the line between overbearing and abusive. Also, there’s a segment about dinosaurs. Just go see it, people. 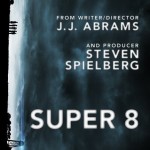 Super 8 (10 June)
Here we go. The ultimate summer movie. J.J. Abrams has yet to let me down, knocking it out of park his last two at-bats (Mission: Impossible III and a Star Trek re-boot). I expect this one (which Spielberg is executive producing) to surpass them both. While the film involves aliens, this is the first one that doesn’t feel like it’s following a War of the Worlds template (like so many other films, good and bad, have followed for decades). In this small town, a young boy (Gabriel Basso) and his friends are shooting a movie during summer nights when they end up recording a horrific train derailment. After that fateful night, strange events overtake the town and the government steps in to cover up what might have been released in the accident. Right now I have goosebumps as the trailer brings back memories of E.T. and Cloak & Dagger while charting new territory. Plus, it’s got Kyle Chandler as the sheriff/boy’s father. The man’s giving the performance of a lifetime on the best show on TV (Friday Night Lights) and I expect nothing less than greatness from him on the big screen. All that adds up to a movie that’s going to cause you to stop using “awesome” so frequently. You’re going to have to find a new word, because Super 8 is going to be what you’ll have to compare it to from now on.