“Treehouse of Horror V” (A)
Overall, it’s the greatest of all the Halloween specials, with their most spot-on parody ever, a hilarious Twilight Zone/Outer Limits riff, and a short that actually gets better on repeated viewings. And then there’s a disgusting musical number. There maybe individual vignettes that are better than of the three in this one, but this is by far the show’s most complete, and completely hilarious Halloween episode. 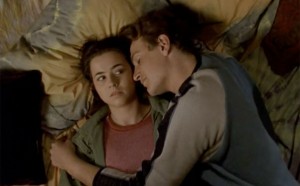 “Girlfriends and Boyfriends” (A+)
My word, the feels! Basically sums up the treacherous world of dating in high school in 45 minutes. All the pain, anxiety, emotion, confusion, euphoria and disappointment gets distilled in one episode. It’s just so perfect. I’d say this is easily one of the 10 best episodes of television ever. I just can’t get over how accurate, sweet and poignant this episode is. On top of that, I could listen to Dave Allen and Joe Flaherty talk about sex all day long. So awkward and hilarious. “Celebrities” (B+)
This baby is a well-oiled Sorkin machine! Stellar walk-and-talks, moments of poignancy and a whole lot of fun. Jury’s still out on how the Jeremy-dates-a-porn-star story works. 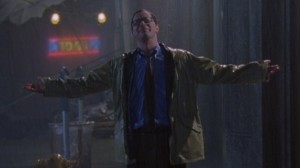 “The Local Weather” (A-)
Much has been written about how Sports Night was ahead of its time. No episode exemplifies this more than this jump-cut-heavy half-hour. Told in flashback by Dan to his therapist, the quick edits give this episode even more of an impact. And Josh Charles, long the MVP of this show, turn in his best performance to date. You can read it all on his disheveled face. He just wants to do something memorable, but knows even that memory will fade. It’s heartbreaking stuff. Again, not entirely sure how I feel about Jeremy dating a porn star, especially one that seems less like a real person and more like a Sorkin creation. 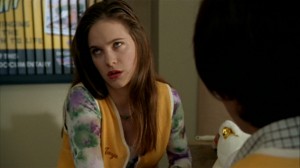 “Barrel Bear” (A-)
Bolstered by two award winners (Rue McClanahan and Louise Fletcher), who both claim to be the first American woman to go over Niagara Falls in a barrel, this episode is the zippiest, wittiest one thus far. It’s not my favorite, but far more entertaining than last week’s installment. As always, I need more Lee Pace.