The Wolverine (PG-13)
Starring Hugh Jackman, Will Yun Lee, Rila Fukushima
Screenplay by Mark Bomback and Scott Frank
Directed by James Mangold
After the disaster of X-Men Origins, can a standalone Wolverine film save itself from embarrassment? James Mangold and Fox are betting they can, adapting a very specific run of the comics that found Ol’ Adamantium Claws contemplating mortality on an assignment in Japan that goes very, very wrong. Wolverine is one of the all-time great comic book characters, but after so thoroughly botching just about everything in X-Men Origins, the odds are stacked against this sequel, especially since Darren Aronofsky left the project.

The To Do List (R)
Starring Aubrey Plaza, Johnny Simmons, Bill Hader
Written and directed by Maggie Carey
Aubrey Plaza with a Trapper Keeper? Be still my heart. But I’m a little worried for this throwback sex comedy, which seems a little too amused with its own dirtiness. Still, the cast, which also includes Andy Samberg, Donald Glover and Alia Shawkat, is solid and might be a lot funnier than its previews will allow.

Still Mine (PG-13)
Starring James Cromwell, Genevieve Bujold, Ronan Rees
Written and directed by Michael McGowan
Oscar nominees Cromwell and Bujold play a long-married Canadian couple trying to overcome legal obstacles and the latter’s Alzheimer’s as they try to build a new home for themselves. It’s based on a true story, and probably corny as all get-out. But the two old pros will elevate the material.
PLAYING AT THE MAGNOLIA

Big Star: Nothing Can Hurt Me (PG-13)
Directed by Drew DeNicola & Olivia Mori
This rock doc follows the brief life of one of the best, most acclaimed bands in all of indie rock. When my baby’s beside me, I don’t worry…
PLAYING EXCLUSIVELY AT THE TEXAS THEATRE 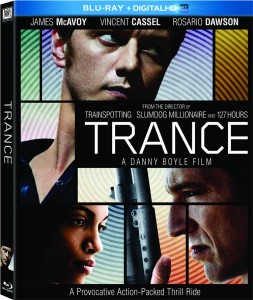 Blu-ray: Harlow, Once is Not Enough, Summer and Smoke, W.U.S.A.

This entry was posted in Film, Previews and tagged aubrey plaza, big star, hugh jackman, james cromwell, nothing can hurt me, still mine, to do list, wolverine. Bookmark the permalink.