As the race heats up, I’m moving to bi-weekly updates in the Oscar race. Several indie-minded groups have already announced their nominations, giving big ups to tiny films like Middle of Nowhere, Keep the Lights On and The Loneliest Planet. But will any of those laurels translate into Oscar gold? Read on to find out… 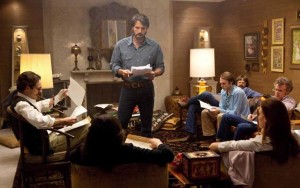 Falling off: The Master
Rising star: The Impossible
The skinny: And now we must come to bury The Master. Barring some great resurgence on the awards circuit (certainly possible) or a spike in box office (not happening), the one-time frontrunner is now quickly losing steam. Despite critics’ adoration for the film, it’s not been any sort of crossover and in a year with as many popular, well-made movies as this one, it’s going to take a significant bloc of voters to defend it as the year’s best to make the cut. I certainly like this slate of eight films. A crowd-pleaser like The Impossible could make it in, but feel like it will be these eight (or fewer). I still think the buzz for Promised Land could make it a contender, but it still hasn’t gotten enough exposure for me to make that pick just yet. 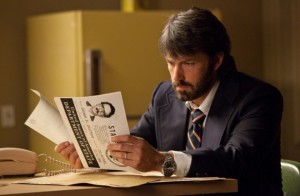 Falling off: Paul Thomas Anderson
Rising star: Kathryn Bigelow, Zero Dark Thirty
The skinny: As above, I feel like there won’t be enough people who will LOVE The Master to make it a contender in these categories. Then again, the director’s branch has a history of rewarding difficult films with a nomination. We’ll see how Life of Pi continues to fare in December. 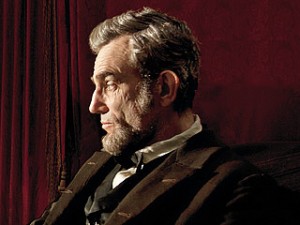 Falling off: No one
Rising star: Hugh Jackman, Les Misérables
The skinny: I hope some critics’ derision that Hitchcock is “slight” won’t affect those voting in this category, because Hopkins is absolutely fantastic as the Master of Suspense. Of course, this category always has 7 to 10 worthy contenders, so that may not factor in at all.

Falling off: Naomi Watts
Rising star: Marion Cotillard, Rust and Bone
The skinny: I last wrote that it would be next to impossible for two French actresses in foreign language roles to both get nominated here, and I think I may have been wrong. Certainly I may be the only one who still thinks Streep will be nominated, but c’mon, she was nominated for Music of the Heart and this role is much richer. Then again, how many times has a great actor been nominated for the wrong role?

Falling off: No one
Rising star: Samuel L. Jackson, Django Unchained
The skinny: Not much movement here, though the Weinsteins’ decision to campaign Christoph Waltz and Jamie Foxx as co-leads opens up room for Jackson’s much buzzed about performance. 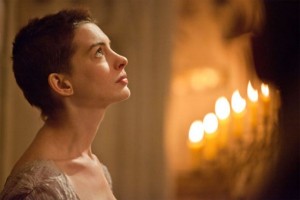 Falling off: No one
Rising star: Alicia Vikander, Anna Karenina
The skinny: See if this sounds familiar: A relative unknown plays a key role against two better known, previously nominated actors with flashier parts. The movie’s gotten lukewarm reviews. That was Michael Shannon road to a nod for 2008’s Revolutionary Road. A similar fate could await this Swedish actress. 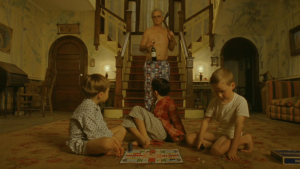 Falling off: Looper
Rising star: Keep the Lights On
The skinny: A WGA nod would be a huge benefit to one of the year’s most original movies, but until then Looper will likely be dismissed as genre fare. Keep the Lights On just scored multiple nods at the Independent Spirit Awards, but its portrayal of addiction will have to beat the campaigning of the better-funded Flight. It also faces competition from the equally tiny but no less lauded Middle of Nowhere. 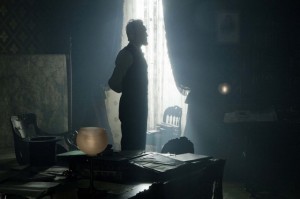 Falling off: Nothing
Rising star: Life of Pi
The skinny: I will stump for Bernie until the day I die, or at least until the awards are handed out. If Life of Pi continues to do well, David Magee’s adaptation will have a serious shot. Until then, these five seem pretty secure.

Falling off: Nothing
Rising star: Frankenweenie
The skinny: Frankenweenie and ParaNorman both under-performed at the box office, so it’s still a toss-up which paranormal comedy will get the nod. One thing’s for sure: Rise of the Guardians is toast thanks to its chilly box office and mediocre reviews. Time for Rich Moore to get his Oscar speech ready for Wreck-it Ralph.