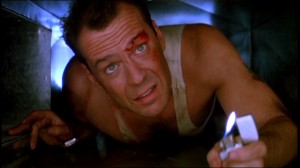 Die Hard tops the list of great films from my first year because it set the bar absurdly high for every action movie that followed it. Tense, funny and propulsive, Die Hard’s plot—lone hero tries to rescue building full of hostages—has been re-worked relentlessly over the years. But it’s hard to beat the original. Bruce Willis, who had previously only worked on romantic comedies, established his new role as the ultimate bad-ass with one simple line: “Yippie ki-yay, motherf***er.” And that was it. Movies are rarely as exciting and well-crafted as Die Hard, and that’s why it’s endured as the ultimate action movie, and why it’s getting its fourth sequel next summer. 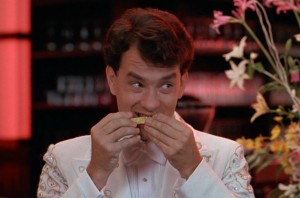 The only movie that gave Die Hard a run for its money, Big may just be the nicest movie ever made by someone other than Frank Capra. It’s warm and inviting and a movie that’s absolutely impossible to pull yourself away from if it’s on TV. As Josh Baskins, the 12-year-old who magically grows into an adult, Hanks has one of the toughest roles any actor has ever had to take on. There’s no latex make-up, no big monologues, no extreme body changes but he makes you believe he’s a kid. For further proof Hanks is probably the greatest living actor, read this response from one of my favorite writers Bill Simmons. 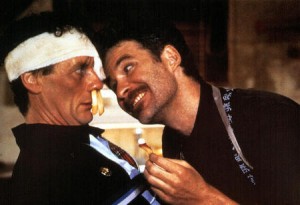 Few comedies could ever hope to keep up with the energy of A Fish Called Wanda, which begins with a daring stick-up and only ups the stakes from there. After the ringleader of the heist hides the loot and gets arrested, it’s a series of deceptions and tricks and double-crosses. The movie also hopscotches from typical British verbal gymnastics to cartoonish deaths (a safe falls on a dog, a man is run over by a steamroller) with an unmatched wit. Kevin Kline took home the Oscar for portraying the psychotic Otto, making him one of the last actors to win for a comedic performance. 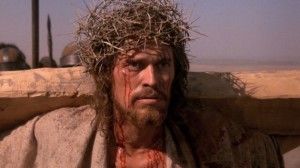 The best movie ever made about Jesus Christ, Scorsese’s adaptation of Nikos Kazantzakis’ novel redefined the labor of love. After enduring a grueling shoot in Morocco, the film was the subject of numerous protests, some turning violent. But behind the controversy, this is a loving, understanding portrait of the Messiah. It goes deeper than what I call “pageant Jesus” (think King of Kings and The Greatest Story Ever Told) but doesn’t wallow in Christ’s suffering like The Passion of the Christ. It might not be an entirely accurate account, but Scorsese is after more than facts, like how it must have felt for Jesus as a man (remember: he was 100% human, too) to have such a weight on his back. 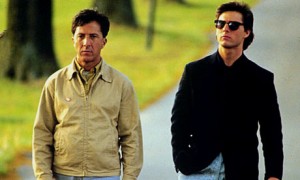 A Best Picture winner that still holds up, though it’s not hard to see why it won, when judged against its competition. Dustin Hoffman also won Best Actor, not only because he’s brilliant in the role as autistic savant Raymond Babbitt, but also because it had been a while since he’d won, and he’s one of our greatest living actors. He easily could have had three or four on his mantle by 1988. But it’s Tom Cruise, continuing to move away from the teen films he made his name on, who really surprises here. Again, he would miss out on a nomination while the lead actor took home the prize, but he certainly deserves part of the credit for making Rain Man a critical and commercial smash. 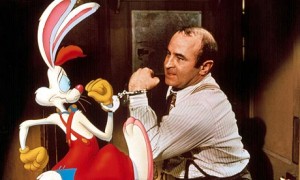 Is it a film noir for kids, or a cartoon for adults? Either way, Who Framed Roger Rabbit remains one of the most imaginative films to ever come out of Hollywood. Based on Gary Wolf’s much darker Who Censored Roger Rabbit, the film represented a tremendous special effects breakthrough. It was a seamless blend of animation and live action. Watching it today, it’s still amazing just how mind-blowing those effects shots are. Bob Hoskins should have been nominated for making every scene with Roger (a good chunk of the movie) completely convincing. That was one effect the animators couldn’t make happen on their own.