Fall Movie Preview 2011: Back to school

The kids are going back to school, and so for this fall’s movie preview, I went with a class schedule theme. Here, you’ll find films in the major topics, as well as some special classes. I’m only posting the good ones. We’ll deal with the horrors as they come. Check it out. Remember: all release dates are subject to change, especially those that will open in limited release and roll out to more cities in the weeks after. Also, I’ll periodically update this post as more current posters and trailers are made available. 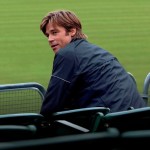 Moneyball (23 September)
Starring Brad Pitt, Jonah Hill, Philip Seymour Hoffman
In this adaptation of the numbers-heavy best-seller, Brad Pitt stars as the Oakland A’s GM who turns the franchise around through a series of odd player buys based on hyper-specific stats. With a script co-written by the incomparable Aaron Sorkin, this is bound to be an endlessly fascinating film about a topic that very few would find riveting. 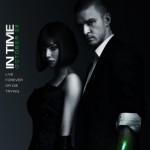 In Time (28 October)
Starring Justin Timberlake, Amanda Seyfried, Cillian Murphy
Andrew Niccol—one of the last few original writers in Hollywood—returns with this sci-fi tale, which gives Timberlake his first dramatic leading role. He’s a low-rent laborer in a world where time is the only currency left. He’s living paycheck to paycheck until he saves a billionaire (Matt Bomer, TV’s White Collar) from getting mugged. As a sign of gratitude, the man gives him his wealth. But with no will, Timberlake has to go on the run because, well, this is a dystopian society and people don’t just give stuff away. 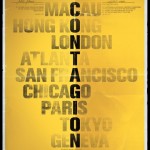 Contagion (9 September)
Starring Matt Damon, Kate Winslet, Jude Law
Like a hyper-realistic Outbreak, one of Steven Soderbergh’s final movies brings together an all-star cast about a virus that spreads much more quickly than anticipated and the global panic that ensues. 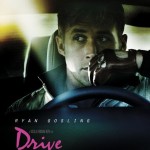 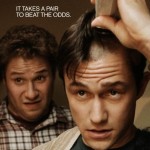 50/50 (30 September)
Starring Joseph Gordon-Levitt, Seth Rogen, Anna Kendrick
If anyone can overcome played-out material, it’s Gordon-Levitt, one of this generation’s best actors. Here, he’s a 27-year-old who’s diagnosed with cancer and given the titular odds. But with a humorous tone and a score by Michael Giacchino (Up), I’m betting this film hits all the right notes. 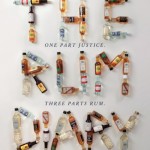 The Rum Diary (28 October)
Starring Johnny Depp, Aaron Eckhart, Richard Jenkins
Were it not for the impeccable cast, I’d dismiss this as just another worshipful Hunter S. Thompson adaptation. But this has been a real passion project for Depp, and I’m dying to see him do something that’s not a Pirates movie. Depp takes the starring role as an alcoholic reporter dealing with political and personal upheaval in late-’50s/early ’60s Puerto Rico. 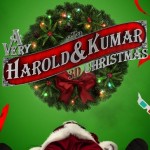 A Very Harold & Kumar 3D Christmas (4 November)
Starring John Cho, Kal Penn, Neil Patrick Harris
Despite my serious disappointment with Escape from Guantanamo Bay, I have high hopes for the last part of the trilogy that began with an impaired quest for White Castle sliders. That’s mainly because it appears as though all caution (and plot) have been thrown to the wind in favor of fully exploiting 3-D and giving funnyman Neil Patrick Harris as much screen time as our toking duo. 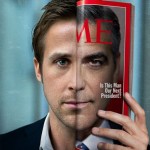 The Ides of March (7 October)
Starring Ryan Gosling, George Clooney, Philip Seymour Hoffman
Based on the award-winning play Farragut North, Gosling (could he be looking at a second Oscar nomination come January?—stay tuned) plays a rising political star: the campaign strategist of a presidential hopeful (Clooney, who’s also directing). But thanks to some behind-the-scenes dealings, Gosling finds himself making some powerful enemies.

J. Edgar (9 November)
Starring Leonardo DiCaprio, Armie Hammer, Josh Lucas
Written by Oscar winner Dustin Lance Black (Milk), J. Edgar takes a look at the professional and private life of the FBI’s first director. Teaming DiCaprio with Clint Eastwood (as director) is basically a dream come true for me, and DiCaprio may finally get the Oscar he so richly deserves. 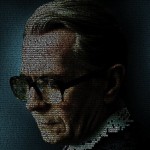 Tinker, Tailor, Soldier, Spy (18 November)
Starring Gary Oldman, Colin Firth, Tom Hardy
British espionage? Oh yes. Gary Oldman—who’s never been nominated for an Oscar; say what?!—stars as George Smiley, who comes out of retirement to hunt down a Russian spy. The cast also includes John Hurt, Toby Jones and Mark Strong. Plus, it’s from the director of Let the Right One In. At the very least, the man knows how to create a tense film and that’s bound to carry over into any language. 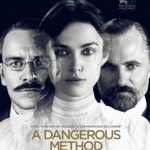 A Dangerous Method (23 November)
Starring Viggo Mortensen, Michael Fassbender, Keira Knightley
Nobody knows how to screw with an audience like David Cronenberg (Eastern Promises), and he’s one of the few that would be able to adapt a play about Carl Jung and Sigmund Freud and turn it into something interesting. Fassbender (X-Men: First Class) plays the former, who tries to outshine his mentor (the latter, Mortensen). There’s also bound to be plenty of sharp points about modern society despite taking place more than a century ago. This will be the thinking man’s Thanksgiving weekend movie. 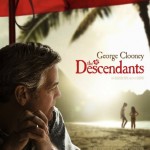 The Descendants (23 November)
Starring George Clooney, Beau Bridges, Robert Forster
Oh, Alexander Payne. How I’ve missed you. You brought such delight into the world with Sideways. And now you’re back, with George Clooney in the role of lead schlub! He’s a man dealing with his wife’s coma only to discover she was sleeping around on him before the accident that put her in that state. Also, this is a comedy. 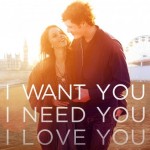 Like Crazy (28 October)
Starring Anton Yelchin, Felicity Jones, Jennifer Lawrence
The Grand Jury winner at this year’s Sundance Film Festival, Like Crazy tells the story of two young college students whose relationship suffers after the girl (Jones) overstays her visa and she’s deported back to England. Yelchin’s becoming one of the best young actors around, and this seems like a truly honest depiction of romance and tricky U.S. immigration law (think Before Sunrise plus The Visitor). 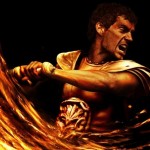 Immortals (11 November)
Starring Henry Cavill, Stephen Dorff, Mickey Rourke
One could be forgiven for thinking this looks like another unnecessary sword-and-sandals epic. But you’d still be wrong. See, Tarsem Singh (The Cell, The Fall) is at the helm and even if this is no smarter than 300 or Clash of the Titans, it will be far more visually stunning, as he carefully crafts each shot for maximum aesthetic impact. 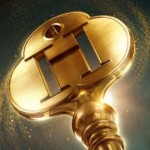 Hugo (23 November)
Starring Asa Butterfield, Chloë Grace Moretz, Ben Kingsley
Why on Earth is Martin Scorsese making a 3-D kids’ movie? Why not? The man’s a living legend and as such can tackle whatever project he likes. Even if the film flops and comes off as silly, an interesting failure from Scorsese will be infinitely better than any other live-action kids’ movie this year. Newcomer Butterfield is the title character, an orphan who lives in a Paris train station. He’s determined to solve the mysteries his late father left behind, along with the help of a girl his age (Moretz) and—again, why not?—French filmmaker Georges Méliès (Kingsley). 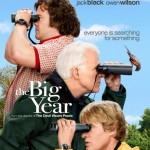 The Big Year (14 October)
Starring Jack Black, Steve Martin, Owen Wilson
The closest we’ll get to a Christopher Guest mockumentary anytime soon is this comedy about competitive bird-watchers and the annual event to see who can view the most species of fowl in a calendar year. Quirky? Sure, but better offbeat than safe. 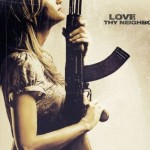 Red State (23 October, on demand 1 September)
Starring Michael Parks, John Goodman, Melissa Leo
Kevin Smith has fallen out of my—and many other critics’—good graces lately, and for good reason. The man simply doesn’t know when to shut up. First he gripes that it’s the Weinsteins fault a movie called Zack and Miri Make a Porno—a funny but vulgar, offbeat comedy—wasn’t a huge romantic comedy hit. Then, he tries to take down Southwest Airlines because they removed him—who once proclaimed he was “too fat for 40”—from a flight after he was determined unsafe to fly. After that, he thinks Cop Out—a complete waste of time—was ignored because critics are mean and don’t have to pay for the movies they review. Finally, in January, he went overboard with a self-indulgent Sundance presentation about how his self-distribution model for this movie would change films forever. As Bugs Bunny would say, “What a maroon.” But anyway, the film follows a group of kids who are lured onto a cult’s compound and kidnapped. The compound is eventually surrounded by ATF agents and likely becomes a full-on Waco: The Rules of Engagement re-enactment. Still, this has got to be one of the most ambitious movies released this year. Hopefully it’s Truman Show ambitious and not Southland Tales ambitious. 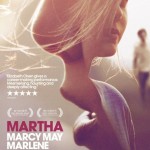 Martha Marcy May Marlene (21 October)
Starring Elizabeth Olsen, Sarah Paulson, John Hawkes
On the much quieter end of the indie-movies-about-cults (and if it doesn’t find a wide audience, we’ll have a new subgenre: Cult Movies About Cults) spectrum (which later this year may include Higher Ground and Sound of My Voice), Olsen (yes, the younger sister of Mary-Kate and Ashley) plays an abduction victim who escapes the cult and returns home, only to have much difficulty adjusting to her normal life. Hawkes is likely looking at a second consecutive Best Supporting Actor nomination as the splinter group’s charismatic leader. 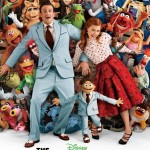 The Muppets (23 November)
Starring Jason Segel, Amy Adams, Chris Cooper
Any project starring Jim Henson’s creations is cause for celebration, but this one (co-written by known Muppet aficionado Segel) looks to be the best since A Muppet Christmas Carol (1992). Little of the plot is known and the trailers are intentionally obtuse, but that just makes my excitement grow that much more.

Piranha 3DD (23 November)
Starring Ving Rhames, Christopher Lloyd, Paul Scheer
Last year’s remake was a ridiculous and shamelessly entertaining B movie with gratuitous amounts of everything it could find to give it an R rating. It knew exactly what it was and had lots of fun with its identity. This sequel looks to exceed the original in every way. When someone says something stupid like, “I don’t go into a movie expecting Shakespeare,” this is the kind of movie that person should go see. And not something directed by Michael Bay or starring Adam Sandler.