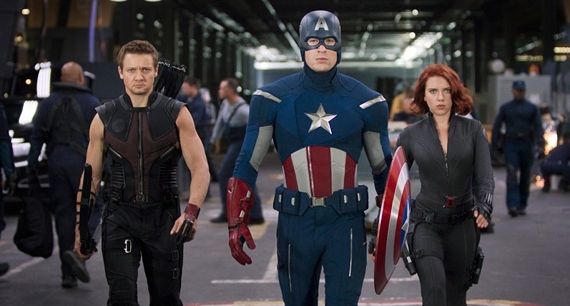 Now that The Avengers has broken nearly every conceivable box office record, and is on its way to breaking a few more, let’s focus on what’s really astonishing about it: Everyone who’s paid to see it absolutely loves it.

Even within the highly scrutinized world of the internet, nary a negative word has been said against it. Sure, there have been some less-than-enthusiastic reviews (everyone from Tony Scott to my Pegasus News editor Alex Bentley), but the ones who have turned it into a worldwide phenomenon are head-over-heels in love.

Even the most casual fanboys could find something to nitpick in every superhero movie of the last decade—and there have been a lot of superhero movies. But I can’t think of a single complaint lodged against The Avengers, and remember, this is a movie that made $207 million its first weekend. I don’t have any complaints either. This is as good as blockbusters get.

Joss Whedon, the cultishly revered creator of many prematurely canceled but widely adored shows, somehow juggles characters from four different franchises into a movie that’s not only cohesive, but thrilling, hilarious and captivating. He had the pressure of delivering the summer’s biggest blockbuster, and not only reached the high bar but leapt right over it as if it was nothing.

The plot is well-tread territory: an evil genius leads an invasion of Earth with a seemingly unbeatable army to conquer what humanity doesn’t get destroyed. Our heroes have to find a way to stop this.

But this is no ordinary evil genius. This is Loki, the insanely jealous half-brother of Thor. Played by Tom Hiddleston, he savors every bit of juice from this role. (Hiddleston plays every role like he’s just been given the lead in a Shakespeare revival on the West End.) Banished from his homeland, Loki turns to a mysterious, bloodthirsty alien who agrees to lend his army in exchange for part ownership of Earth.

Standing against Loki’s ambition is a group of distrustful, selfish lot that don’t know how to play as a team. I’m not talking about the Miami Heat. These are the Avengers, comprised of Iron Man, the Hulk, Black Widow, Hawkeye, Thor and Captain America. They don’t care for each other and feel their de facto leader Nick Fury (Sam Jackson) is hiding the whole truth about their enemy and his power.

Through lots of quips and in-fighting, they eventually work together, united by the murder of a close friend. And boy do they work well together. That entire last 30 minutes, a full-on assault of New York City, are just about the most exciting 30 minutes of any movie in recent memory. It’s a total blast.

So if you’re one of the handful of people who hasn’t seen this yet, drop what you’re doing and get to the theater. There’s nothing more important opening in wide release for quite some time.