As many wonderful films as I saw in 2013, there were plenty of terrible films, too. In something of a shock, more of these atrocities came from independent distributors. Just goes to show that greatness and dreck can come from anywhere. So here are the movies that scraped the bottom of the barrel. 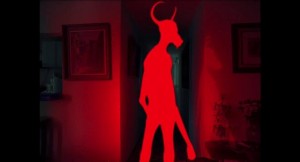 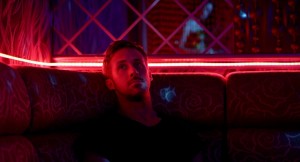 10. Post Tenebras Lux (dir. Carlos Reygadas) / Only God Forgives (dir. Nicolas Winding Refn)
Both films had an impeccable visual style, but added up to a lot of nothing. Each goes to extremes (the former sexually and the latter with violence) but it never means anything. Too bad, because with better scripts, both directors could continue to do more outstanding work (as they have in the past). 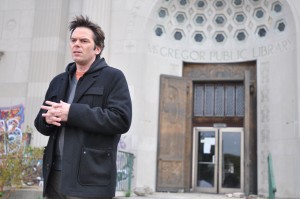 9. Highland Park (dir. Andrew Meieran)
It’s been a bad year for Detroit on film (as you’ll see later in this list). It was no help that this dull wish-fulfillment — broke teachers win the lottery — seemed to just shake its first at the corrupt government that led to the city’s bankruptcy. A sharper satire would have gone a long way. 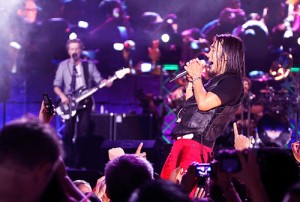 8. Don’t Stop Believin’: Everyman’s Journey (dir. Ramona S. Diaz)
My distaste for this film has nothing to do with Journey, a band I happen to like. It’s that in trying to tell the story of Arnel Pineda’s rise from karaoke singer to frontman, the documentary misses so many bigger issues. It barely touches on some fans’ racism and Pineda’s past addictions. Don’t Stop Believin’ is merely an outline for a better documentary. 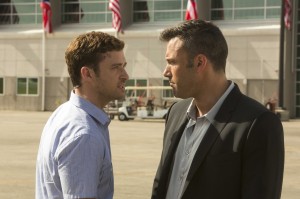 7. Runner Runner (dir. Brad Furman)
Where to begin? First among the film’s many sins is it’s painfully dull. You can also tell the film had more meat to it, then got cut for some reason, and coherence was sacrificed. I think Timberlake and Affleck both thought they were making a better movie, then got trapped and gave up. I wanted to as well. 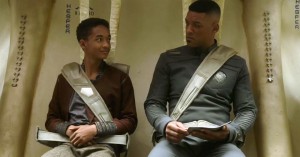 6. After Earth (dir. M. Night Shymalan)
There’s no reason Will Smith shouldn’t be proud of his son Jaden. But putting the whole of the film on his acting chops was one of many mistakes he’s made recently. There’s a good survival/father-son bonding movie somewhere in here, but it’s lost in the SyFy-level special effects and questionable decisions. Chief among them: a confusing mythology, a weird accent and weak dialogue.

Read about more of the year’s worst movies, along with my special awards, after the jump. 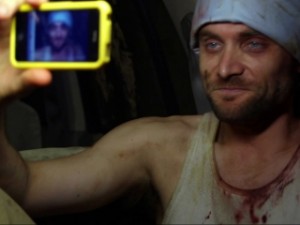 5. Detour (dir. William Dickerson)
It’s basically 127 Hours without the depth or quality acting or direction or compelling reason to care about the protagonist’s survival. But other than that, it’s exactly the same. 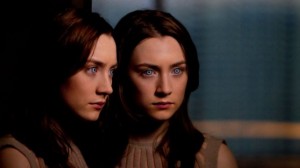 4. The Host (dir. Andrew Niccol)
I held out hope that the great Andrew Niccol (writer of Gattaca and The Truman Show) would elevate Stephenie Meyer’s dreadful material. Instead, he’s dragged down to her level. Academy Award nominee Saoirse Ronan can’t save this train wreck either. 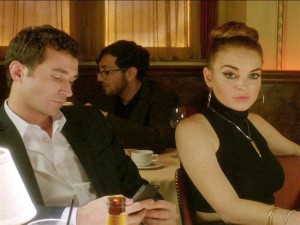 3. The Canyons (dir. Paul Schrader)
I don’t want to kick a movie when everyone involved is down. But this movie’s a failure on every conceivable level. It’s only positive is how it accurately captures how technology has detached us from reality. But that’s only in a few scenes. The rest of the time it’s just a walking nightmare, featuring some of the worst acting of the year. 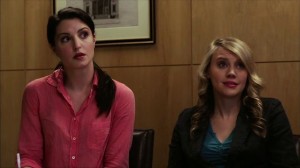 2. Hannah Has a Ho-Phase (dirs. Jamie Jensen & Nadia Munla)
Take the worst parts of Girls and a sentient Jezebel article and you have the insufferable Hannah Has a Ho-Phase, also owner of the worst title of this or any other year. Surely there’s a way to make an intelligent, insightful sex comedy. But this movie’s dumb, pointless, unsexy and definitely not funny. It was going to be my worst film of the year until December when I saw… 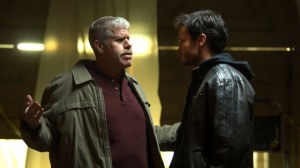 1. Crave (dir. Charles de Lauzirika)
Ugly. Cruel. Unending. These are just some of the many words you could use to describe Crave, the worst movie of 2013. Josh Lawson stars as a would-be vigilante, but he’s the psycho who should be locked up. There’s occasionally some inventive camera work, but that can’t mask the film’s putrid soul.

SPECIAL AWARDS:
Most Unfairly Maligned
Movie 43
Comedy is subjective. And however this affects my credibility as a critic, I laughed myself silly throughout the movie, even if the vignettes were hit-or-miss. The critical community seemed to pounce on this because lots of A-listers decided to do some lowbrow comedy. The easy joke was “they lost a bet,” but maybe after being put through the emotional wringer in Les Misérables and Prisoners, Hugh Jackman thought it would be fun to be part of an awkward blind date. The framing device doesn’t work, but the sketches themselves are frequently hilarious.

Biggest Shoes to Fill
Roger Ebert
It’s telling how big a presence Ebert was that, after his death, there’s still no consensus critic, the one everyone seems to go to for a quality review. Sure, there are plenty of great critics out there, but there will never be another like Roger Ebert.

Most Ridiculously Highly Ranked
This is the End
Don’t get me wrong. I laughed a lot during This is the End. I was just surprised to see it on so many Top 10 lists. As I mentioned above, comedy is subjective. But so many critics kept coming back to its depiction of male friendship on the brink, which rang completely false to me, in the few moments it was even present.

Worst Line
Runner Runner — “Now it’s time for a little nuance and finesse.”
One of the myriad problems with this film was its atrocious dialogue. Pedestrian at best, it often faltered into bizarre turns of phrase whenever Ben Affleck spoke. This would work if he was portrayed as an eccentric philosopher or something. But he just seems like a regular, if incredibly wealthy, dude. The worst thing he utters is said to his girlfriend (though he seems to say it to no one in particular) as they’re bailing on their latest enterprise to start a new one. It’s a line that’s absolutely meaningless and flowery for its own sake.