The Weekender: You ‘Don’t Know’ Jack 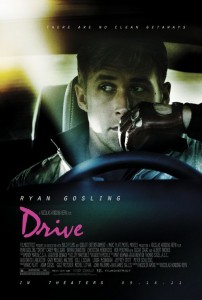 Drive (R)
Starring Ryan Gosling, Carey Mulligan, Albert Brooks
Written for the screen by Hossein Amini
Directed by Nicolas Winding Refn
Easily the film I’m most excited for this fall. Gosling plays a stuntman who takes side-jobs as a getaway driver and ends up on the run from a ruthless mobster (Brooks, playing way against type). Refn is a stylish director who never neglects substance. I’m expecting nothing less than a start-to-finish thrill ride.
IN WIDE RELEASE 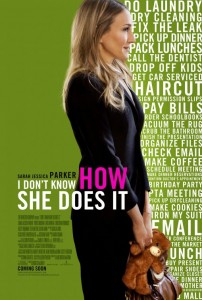 I Don’t Know How She Does It (PG-13)
Starring Sarah Jessica Parker, Pierce Brosnan, Greg Kinnear
Written for the screen by Aline Brosh McKenna
Directed by Doug McGrath
If the title refers to Parker’s ability to continue to get cast in movies, then yes, I don’t know how she does it either. The script is written by the Devil in Gap Chinos herself, McKenna, who penned the truly wretched 27 Dresses and continues to unleash her evil onscreen with stories about career women with stressful jobs who worry about things like “balance” and suddenly looking, like, totally awesome at big events and getting their love interests to notice them, because apparently when you work all day and wear pants and flats, it is impossible to look attractive. In her latest movie, Parker is an overworked account manager who has—can you believe it?!—two kids and a husband (Kinnear) who just got laid off. How long will it be before she trips and spills Starbucks on her Banana Republic sweater while trying to email her boss on her Blackberry? And what will become of the interest a hunky co-worker (Brosnan) shows her? Will they EVER work it out?
IN WIDE RELEASE 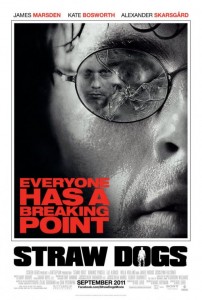 Straw Dogs (R)
Starring James Marsden, Kate Bosworth, Alexander Skarsgård
Screenplay by Rod Lurie
Directed by Rod Lurie
On the Remakes No One Asked For front, Lurie, who’s known for his heavy-handed but occasionally brilliant political dramas. So why remake a controversial Dustin Hoffman thriller from the ’70s, but set it in the Deep South when tensions have rarely been higher? And then proceed to give away the ending in the trailer? I’m not sure even Lurie knows the answer.
IN WIDE RELEASE 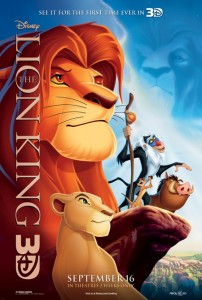 The Lion King 3D (G)
Starring the voices of Matthew Broderick, Jonathan Taylor Thomas, Jeremy Irons
Screenplay by Irene Mecchi and Jonathan Roberts and Linda Woolverton
Directed by Roger Allers, Rob Minkoff
If you saw The Lion King in the theater like I did, you’ll recall it was not in 3-D. This is simply Disney at its most shameless, trying to squeeze a few extra dollars out of one of its most successful franchises prior to its arrival on Blu-ray in two weeks. Save your money for that.
IN WIDE RELEASE

Blu-ray review:
Star Wars: The Complete Saga (PG)
Despite being remastered in high definition, there’s really no reason to own these films on Blu-ray if you already own them in any other format. You may be getting even more superior picture and sound, but at the cost of George Lucas’ endless tinkering. You’ll hear needlessly revamped sound effects, additional “Nooooooooooooooooooooooooooooo”s from Darth Vader and a digital Yoda where a puppet previously existed. And this is on top of all the additions and subtractions Lucas has made for previous releases. And really, even in 1080p, do you need to be reminded how bad the prequels are?

One Response to The Weekender: You ‘Don’t Know’ Jack