The Weekender: These are our gifts? 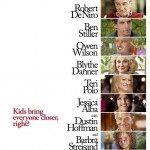 Little Fockers
Starring Ben Stiller, Robert de Niro, Jessica Alba
Screenplay by John Hamburg and Larry Stuckey
Directed by Paul Weitz
This is a long way to go for a joke, but bear with me: Remember in the first Toy Story, when Andy’s playing with his toys with Hamm as a mustachioed bank robber? And Andy, voicing the piggy bank says in dastardly accent: “I love money! Money money money money!” That’s how I feel the meeting went when studio executives greenlit this tired sequel. How many more times can they have de Niro tell Stiller, “I’m watching you”? But it’s not all re-hashing. There are kids puking! Dismemberment! And old man erections! So bring the kids down to the multiplex for the big family holiday movie. But hey, at least it’s not in 3-D. 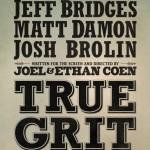 True Grit
Starring Jeff Bridges, Matt Damon, Hailee Steinfeld
Written for the screen and directed by Joel and Ethan Coen
This is perhaps the only time when the ridiculous term “re-imagining” can apply. In this adaptation of Charles Portis’ original novel, a young girl, a Texas Ranger and a drunken U.S. Marshal follow the trail of a cold-blooded killer. Don’t look for any coasting here as the Coens look to go three-for-three since winning their much deserved Oscar for No Country for Old Men. 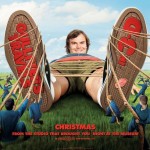 Gulliver’s Travels
Starring Jack Black, Emily Blunt, Jason Segel
Written for the screen by Joe Stillman and Nicholas Stoller
Directed by Rob Letterman
Nothing much needs to be said about this, other than that Jonathan Swift is probably spinning in his grave at this modernized 3-D disaster. And please, Nicholas Stoller, stick to R-rated comedies for grown-ups, OK? 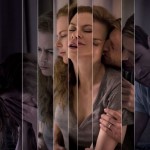 Rabbit Hole
Starring Nicole Kidman, Aaron Eckhart, Dianne Wiest
Written for the screen by David Lindsay-Abaire
Directed by John Cameron Mitchell
Pass the Xanax! It’s the feel-bad movie of the year. Kidman and Eckhart play parents coping with the death of their only son. Yeesh. All three leads could score Oscar nominations, but they’ll definitely face stiff competition. But the reason I’m most excited about this film is to see John Cameron Mitchell grow up a little and gain some restraint after the over-the-top Hedwig and the Angry Inch and Shortbus.
PLAYING EXCLUSIVELY AT THE DALLAS AND PLANO ANGELIKAS