The Weekender: The weirdness continues 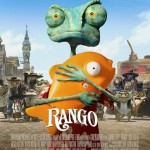 Rango
Starring the voices of Johnny Depp, Isla Fisher, Ned Beatty
Written by John Logan
Directed by Gore Verbinski
Surely the weirdest movie ever aimed at kids–but nothing new for Verbinski–features Johnny Depp as a quiet chameleon who reluctantly becomes the sheriff of a wild western town. The voice cast is stacked but I have no idea what kids are supposed to do with this movie. At least it’s not in 3-D. 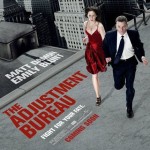 The Adjustment Bureau
Starring Matt Damon, Emily Blunt, John Slattery
Written for the screen and directed by George Nolfi
The Calvinist-Arminianist debate in a sci-fi setting. Or, for you non-theologians, an adaptation of yet another Philip K. Dick short story about a rising political star (Damon) who falls in love with a ballerina (Blunt), forcing the sharp-dressed agents of Fate to step in and help guide Damon back to the path that was set up for him before he got caught up in a whirlwind romance. Will he fight for his right to choose his own way? Yes! And he’ll do so while wearing a fedora! 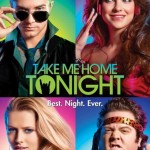 Take Me Home Tonight
Starring Topher Grace, Anna Faris, Dan Fogler
Written by Jackie & Jeff Filgo
Directed by Michael Dowse
Can a movie that’s sat on the shelf for nearly four years be any good? It’s highly doubtful, but I still find it hard to resist the charms of Anna Faris and Topher Grace. Plus, it will be gleefully filled with cocaine, a necessary part of any raunchy ’80s comedy. This broad look back will also be a little poignant for me since its protagonist is a college grad living at home and working at a video store. 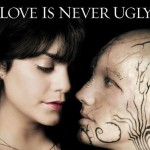 Beastly
Starring Alex Pettyfer, Vanessa Hudgens, Mary-Kate Olsen
Written for the screen and directed by Daniel Barnz
What on earth did we do to deserve this one? A modern update of Beauty and the Beast (based on a tween romance paperback), Beastly stars two completely empty actors and make-up that makes the male lead look more like a cancer patient or a cheap Star Trek villain than an actual beast. It’s enough to make you long for the next Twilight movie to come out, and that’s a sign that this film that lives up to its title. 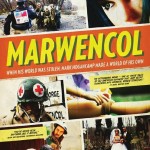 Marwencol
Directed by Jeff Malmberg
Now here’s the one I’ve been waiting for. In this fascinating documentary, a New York man creates painstakingly detailed models of WWII battlefields as a sort of therapy to deal with his traumatic brain injuries. He eventually becomes famous for his artwork, but the attention may derail the mental progress he’s made.
PLAYING EXCLUSIVELY AT THE ANGELIKA DALLAS