The Weekender: ‘The Thing’ about remakes 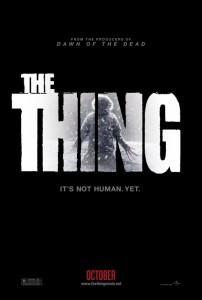 The Thing (R)
Starring Mary Elizabeth Winstead, Joel Edgerton, Ulrich Thomsen
Screenplay by Eric Heisserer
Directed by Matthijs van Heijningen Jr.
Here’s the thing about this Thing: The 1951 original is sci-fi classic, the best of the B-movies. John Carpenter’s 1982 remake is more faithful to the short story and a dark, gory scarefest that’s perfect for Halloween viewings. But this prequel feels utterly inconsequential. It’s about the crew that first discovered the alien that can take human form and wreak all kinds of havoc. But anyone who’s seen the ’82 version would already know what fate this Norwegian crew suffers, so this will be just another pointless exercise in extreme violence. 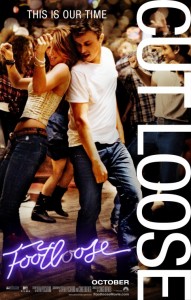 Footloose (PG-13)
Starring Kenny Wormald, Julianne Hough, Dennis Quaid
Screen story by Dean Pitchford
Screenplay by Dean Pitchford and Craig Brewer
Directed by Craig Brewer
One of my most dreaded films of 2011 is this remake. It’s hard to think of a movie that needs a “gritty reboot” less than one that featured Kevin Bacon performing gymnastics as a way to channel his frustration. I’m not going to sit here and defend the 1984 musical as a masterpiece of cinema, but it’s easily one of my all-time favorites, and one I would sit and watch till the end if I stumbled across it on TV. In this version, Craig Brewer—known for his sweat-drenched films about hard-living characters (Hustle & Flow, Black Snake Moan)—gives the film a more, how can I put this delicately? ghetto/down-home vibe, complete with a blend of hip-hop and country music, which blares in sharp contrast to the original’s cheesy pop, which the film also uses. What it appears Brewer ultimately fails to grasp is the wholesomeness of the original. While it’s about a struggle between religion-influenced notions of safety and teenage freedom, the dancing is ultimately just dancing, an expression of emotion. Here, as Wormald grinds up against Hough, it just feels dirty and it’s almost enough for you to want to side with the preacher (Quaid) who crusades against the bumpin’-and-grindin’. This new version seems to also take itself way too seriously. I can’t picture Wormald being able to quote the Bible in defense of his skeeziness, but it’s sure to be in there. Most of all, though, Footloose doesn’t make it look any fun to cut loose and kick off your Sunday shoes. 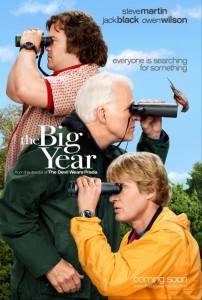 The Big Year (PG)
Starring Owen Wilson, Jack Black, Steve Martin
Written for the screen by Howard Franklin
Directed by David Frankel
I really had no desire to see Frankel’s adaptation of Marley & Me. “I don’t need to see Owen Wilson mug and learn lessons from a dog,” I thought. And the ads didn’t help, showing off scenes of the dog wrecking the house and running through town. Eventually, my defenses wore down in summer 2010. I watched it with my grandpa and we bawled our eyes out. But can a movie about a bird-watching competition actually provide any sort of emotional payoff? Can it even be, at the very least, interesting? Given the cast and behind-the-scenes talent, I’m betting Big Year will pay off big. 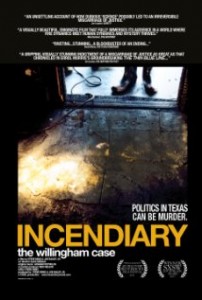 Incendiary: The Willingham Case (NR)
Directed by Steve Mims, Joe Bailey Jr.
If you’re from Texas, you likely remember the trial of Cameron Todd Willingham. In the ’90s, he was convicted of burning down his trailer home with his three young daughters inside, despite heavy criticism of the state’s evidence against him. In 2004, he was executed. A couple of years ago, the Texas Forensic Science Commission hired an expert to take another look at the case and his investigation called the findings of the Corsicana Fire Department into question. Then it gets even hazier: a meeting on the report was halted after Gov. Rick Perry abruptly replaced three of the members of the commission. The new chair canceled any further discussion of the report, and Willingham’s wife made contradictory statements to the Fort Worth Star-Telegram soon after. The directors try to make sense of it all in what will surely be an enraging doc.
PLAYING EXCLUSIVELY AT THE MAGNOLIA 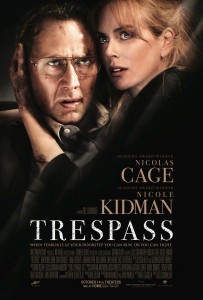