The Weekender: The ‘Great’ Escape

The Great Gatsby (PG-13)
Starring Leonardo DiCaprio, Carey Mulligan, Tobey Maguire
Written for the screen by Baz Luhrmann & Craig Pearce
Directed by Baz Luhrmann
I’m really mad for Baz Luhrmann’s films because they’re so go-for-broke, Old Hollywood romantic, declaring its love for everything in the face of summer blockbusters. Even if they don’t always work (looking at you, Australia), this opulent version of F. Scott Fitzgerald’s AP lit staple (in 3-D, no less) will be just as ridiculous and I’ll probably love it.

At Any Price (R)
Starring Dennis Quaid, Zac Efron, Kim Dickens
Written by Hallie Elizabeth Newton and Ramin Bahrani
Directed by Ramin Bahrani
Before his death, Roger Ebert championed Bahrani’s small, personal films like Chop Shop and Goodbye Solo. This drama, about a son’s desire to break away from his father’s agriculture business, could be his breakout hit.
PLAYING AT THE MAGNOLIA and CINEMARK WEST PLANO 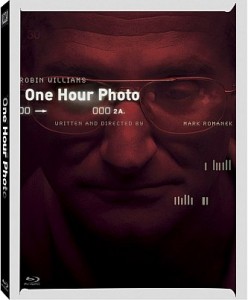 One Hour Photo
This week, it was a toss-up between two dark departures from beloved characters. It was either this or Babe: Pig in the City. But I have to go with the one fewer people have seen. Robin Williams should have been nominated for an Oscar for his turn as Cy Parrish, the photo lab worker who obsesses over inserting himself into the Yorkin family, no matter how creepy or destructive he becomes. It’s stylish and unsettling and looks fantastic on Blu-ray.

Blu-ray: Babe: Pig in the City*, The Great Escape, In the Name of the Father, Jesus Christ Superstar, An Officer and a Gentleman, Runaway Bride, Shanghai Noon*, Shanghai Knights, She’s So Lovely, Sparkle (1976), Teaching Mrs. Tingle