The Weekender: ‘Thanks’ but no thanks

Prisoners (R)
Starring Hugh Jackman, Terrence Howard, Jake Gyllenhaal
Written by Aaron Guzikowski
Directed by Denis Villeneuve
This is the first movie of the fall that even looks worth a damn. If it’s on the right side of its dark heart, there’s Fincher-level potential here. If not, it’s just another moody slog.

Battle of the Year (PG-13)
Starring Josh Holloway, Laz Alonso, Josh Peck
Screenplay by Brin Hill and Chris Parker
Directed by Benson Lee
Lose yourself to dance. Or not.

Thanks for Sharing (R)
Starring Gwyneth Paltrow, Mark Ruffalo, Josh Gad
Written by Stuart Blumberg & Matt Winston
Directed by Stuart Blumberg
This is the kind of movie I’ve been waiting for: One that treats sex addiction with the gravity it deserves, but still has a sense of humor. It’s a tricky balance, and I hope that a cast this terrific gets a movie that can pull it off.
PLAYING AT BOTH ANGELIKAS

Salinger (PG-13)
Directed by Shane Salerno
What a phony.
PLAYING AT BOTH ANGELIKAS

The Trials of Muhammad Ali (NR)
Directed by Bill Siegel
This doc should serve as a nice counterpoint to the narrative on HBO, Muhammad Ali’s Greatest Fight.
PLAYING AT THE MAGNOLIA 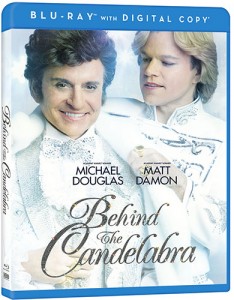 Behind the Candelabra
Speaking of HBO, their best movie in years (even though it wasn’t meant to end up there) is this biopic of Scott Thorson and Liberace’s tempestuous affair. Certain viewers might be a little squeamish around the sex scenes, but they’re not even as graphic as Brokeback Mountain. Most importantly, the acting is terrific. Michael Douglas and Matt Damon give their best performances in years and Rob Lowe is nothing short of amazing as their predatory plastic surgeon.

Blu-ray: The Atomic City, Day of the Dead, The Devil Bat, Dracula: Prince of Darkness, A Letter to Three Wives, Riot