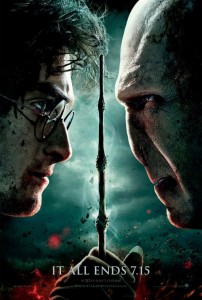 Harry Potter and the Deathly Hallows, Part 2
Starring Daniel Radcliffe, Emma Watson, Ralph Fiennes
Written for the screen by Steve Kloves
Directed by David Yates
Here it is, the grand finale. I should be more excited. And earlier this year, I really was. But after all the hype and build up, with special after special, even devoting serious news coverage to it, I’m just ready for it to be over. That’s probably because I don’t have as deep a connection to this world as billions of others do, and that’s fine. I’m still going to see this at midnight with the rest of you, but I’m not dressing up, and I’m going to clap or cry when it’s over. To me, this is just another movie. Sorry. 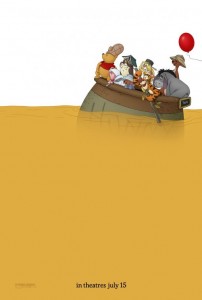 Winnie the Pooh
Starring the voices of John Cleese, Jim Cummings, Craig Ferguson
Written for the screen by Stephen J. Anderson & Clio Chang & Don Dougherty & Don Hall & Brian Kesinger & Nicole Mitchell & Jeremy Spears
Directed by Stephen J. Anderson, Don Hall
I’m surprised this movie hasn’t had a big Urban Outfitters ad blitz like Where the Wild Things Are had. It looks adorable and very un-Disney and She & Him is contributing music for the soundtrack. What more do you want, hipsters? 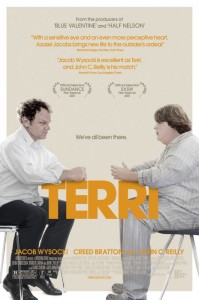 Terri
Starring Jacob Wysocki, John C. Reilly, Creed Bratton
Story by Patrick DeWitt, Azazel Jacobs
Screenplay by Patrick DeWitt
Directed by Azazel Jacobs
If you’re looking to escape the multiplex this weekend, this Sundance favorite is your ticket. Filled with natural performances and humor in the face of tragedy. Terri (Wysocki) is an obese teen. He’s a good kid but tends to show up to class late and in his PJs. The principal (Reilly) takes him under his wing. Critics say the movie avoids the typical inspirational teacher motif and feels authentic. I’ll be there.
PLAYING EXCLUSIVELY AT THE ANGELIKA PLANO

Also opening: Page One: A Year Inside the New York Times (both Angelikas)