The Weekender: Someone please think of the children 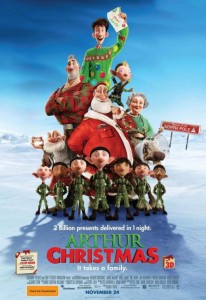 Arthur Christmas (PG)
Starring the voices of James McAvoy, Jim Broadbent, Bill Nighy
Written by Peter Baynham, Sarah Smith
Directed by Sarah Smith
Aardman Animation has worked wonders in the past (Chicken Run, Wallace & Gromit: Curse of the Were-Rabbit), but I haven’t seen any evidence to move me past my initial reaction of “meh.” It doesn’t look bad, but it doesn’t look the least bit exciting, funny or interesting. One of Santa’s sons, a lanky kid who doesn’t feel accepted (ugh) takes off on his own to find a child who got missed in the Christmas Eve barrage of presents, and keep her right on believing. 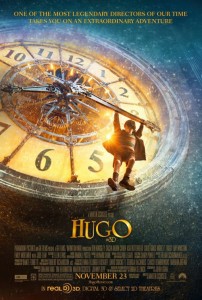 Hugo (PG)
Starring Asa Butterfield, Chloë Grace Moretz, Ben Kingsley
Written for the screen by John Logan
Directed by Martin Scorsese
Scorsese never makes a bad movie. Interesting failures, sure, but nothing egregious. I have to admit Scorsese’s name on this is the only thing that’s keeping me interested. But to see a master experiment with 3-D and bring his mature, expert touch to an adaptation of a children’s book, is exactly the kind of spectacle I can appreciate. Hugo (newcomer Butterfield) is an orphan hiding in a Paris train station, who befriends a runaway (Moretz) and French filmmaking pioneer George Méliès (Kingsley). 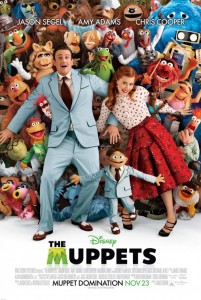 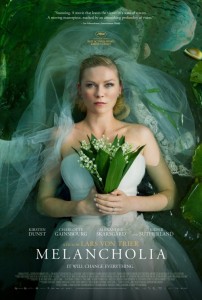 Melancholia (R)
Starring Kirsten Dunst, Kiefer Sutherland, Charlotte Gainsbourg
Written and directed by Lars von Trier
I must admit I’ve never seen any of Lars von Trier’s work, but it’s unlikely I’d be a fan, since his movies have a reputation for being difficult to watch–through content, style or message–and he’s got a reputation for being prickly at best, idiotic at worst. Kirsten Dunst won the Best Actress award at Cannes for her performance as a depressed bride convinced the titular planet is on a crash course with Earth.
PLAYING AT BOTH ANGELIKAS (Also available on demand) 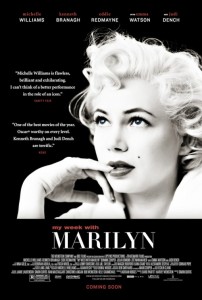 My Week with Marilyn (R)
Starring Michelle Williams, Kenneth Branagh, Eddie Redmayne
Written for the screen by Adrian Hedges
Directed by Simon Curtis
Buzz is lukewarm at best for this biopic about Marilyn Monroe and her experiences on the set of the Prince and the Showgirl. Most critics praise Williams’s performance because, let’s face it, she’s great in everything. But the rest of the movie is supposedly barely above a movie-of-the-week. You can wait to rent this one.
PLAYING AT THE MAGNOLIA and ANGELIKA PLANO 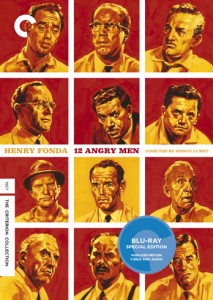 12 Angry Men (The Criterion Collection)
The greatest directorial debut of all time? You could surely make a case for Sidney Lumet’s adaptation of this teleplay. This is a masterclass in acting, as all 12 jurors showcase their mix of nonchalance, selfishness, intolerance and humanity in deciding the fate of a minority teen accused of killing his father. It starts as 11-on-1 but Henry Fonda, in the only movie he ever produced, begins to place reasonable doubt in their minds. The outcome of the case is ultimately irrelevant as every juror’s memory, prejudice and “gut feeling” is tested. As usual, Criterion will pack this landmark film with an array of extras and a superior transfer. This DVD (or Blu-ray) is simply a must-own.

Blu-ray: Batman Beyond: Return of the Joker*, the Birth of a Nation, Rushmore (Criterion)*, Three Amigos