The Weekender: ‘Ride’ with Me

While We’re Young
Noah Baumbach has been extremely hit or miss lately, but his last (Frances Ha) was a big hit with me. Still, there’s always the fear this – basically Neighbors, but in Brooklyn instead of the ‘burbs – could be another Greenberg, which remains one of the worst movies I’ve ever seen. 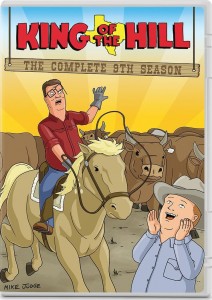 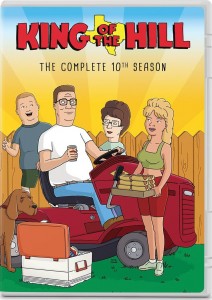 King of the Hill (Season 9)
King of the Hill (Season 10)
Arguably the greatest cartoon of the ’00s, King of the Hill has taken a while to get to DVD. The writers still found ways to make Hank’s bewilderment seem fresh, while adding details to Arlen that make it as vast a town as Springfield or Pawnee, Indiana. Standout episodes include Dale’s switch from conspiracy theorist to flag-waver, Peggy’s horrifying discovery that Arlen was founded by prostitutes and Hank’s adventures at a megachurch.

This entry was posted in Film, Previews and tagged honest liar, longest ride, salt of the earth, that guy dick miller, while we're young. Bookmark the permalink.