The Weekender: ‘Retribution’ for the worst weekend in years

Resident Evil: Retribution (R)
Starring Milla Jovovich, Sienna Guillory, Michelle Rodriguez
Screenplay by Paul W.S. Anderson
Directed by Paul W.S. Anderson
After his disastrous steampunk version of The Three Musketeers flopped, the untalented Paul Anderson (as opposed to the extremely talented Paul Anderson) returned to his wife’s franchise. This one’s probably about four installments more than anyone needed, but if they’re inexpensive and profitable, keep churning these out, Canada.

Arbitrage (R)
Starring Richard Gere, Susan Sarandon, Brit Marling
Written and directed by Nicholas Jarecki
Nicholas Jarecki (half-brother of Andrew and Eugene) makes his feature debut with this thriller about a hedge fund manager (Gere) who blows a big sale and has to scramble to fix it. At its best, this could be on par with Michael Clayton. At worst, it could be a talky, heavy-handed late-period Robert Redford drama.
PLAYING AT BOTH ANGELIKAS 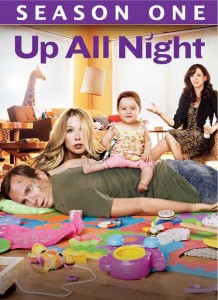 Up All Night (Season 1)
Not as creative as Community or consistently hilarious as Happy Endings, Up All Night continues to fly under the radar. But it’s certainly in the upper tier of broadcast comedy thanks to its low-key tone and tight-knit cast. Will Arnett in particular is doing his best work since Arrested Development, playing something approaching a normal guy. Christina Applegate is of course killing it, as few actresses are as comfortable playing on TV as she is. And now that there’s been a whole season, Maya Rudolph has toned down her Oprah schtick to become an equal part of this comedy triangle. I’m hoping season two lasts a full 22 episodes.

To buy:
Comedy: Lewis Black: In God We Rust, John Leguizamo: Tales from a Ghetto Klown