The Weekender: No more ‘Words’

The Words (PG-13)
Starring Bradley Cooper, Zoe Saldana, Dennis Quaid
Written and directed by Brian Klugman & Lee Sternthal
Hard to believe a literary-minded thriller (I stretch the term) is getting such a major release. Cooper stars as a writer dealing with the guilt of plagiarizing his best-seller. There are also stories within stories, which probably shows how thin the main plot is.

The Cold Light of Day (PG-13)
Starring Henry Cavill, Bruce Willis, Sigourney Weaver
Written by Scott Wiper & John Petro
Directed by Mabrouk El Mechri
Seems like a pretty generic action pic, and a bad introduction to next year’s Superman (Cavill). I really doubt anyone will go see a family-kidnapped-in-Europe thriller this close to Taken 2., but more people saw The Possession over Labor Day than Cabin in the Woods its opening weekend, so what do I know?

Bachelorette (R)
Starring Kirsten Dunst, Isla Fisher, Lizzy Caplan
Written for the screen and directed by Leslye Headland
Poor Leslye Headland. She’s both blessed and cursed. She probably started working on this movie before Bridesmaids came and made comedy history. That’s likely why it got picked up at Sundance, but its lackluster reviews will only draw more unfavorable comparisons.
IN LIMITED RELEASE

Dark Horse (NR)
Starring Jordan Gelber, Selma Blair, Christopher Walken
Written and directed by Todd Solondz
I would never consider myself a fan of Solondz’s confrontational dark comedies, but I will give him this: the man only makes the movies he wants to make, and that deserves some credit. This Venice festival hit stars the portly Gelber (Boardwalk Empire) as a 30-something misfit who finds love with his neighbor (Blair). It’s never clear whether Solondz roots for his characters or asks you to laugh at them, and that can lead to an unpleasant viewing experience. Still, the excellent cast (including Aasif Mandvi, Justin Bartha and Mia Farrow) should make this worth it.
PLAYING EXCLUSIVELY AT THE ANGELIKA PLANO

Chicken with Plums (PG-13)
Starring Mathieu Amalric, Edouard Baer, Isabella Rossellini
Written and directed by Vincent Paronnaud & Marjane Satrapi
Despite having a terrible title (finishing this year’s trifecta that began with Salmon Fishing in the Yemen and continued with The Best Exotic Marigold Hotel), Chicken with Plums is the live-action debut of the team that brought the incredible graphic novel Persepolis to the big screen. Here, they tell the story of a violinist recounting his life and how it all fell apart. Expect lots of beauty and Frenchiness.
PLAYING EXCLUSIVELY AT THE ANGELIKA DALLAS

AT HOME (click the link to watch on Netflix):
Top Pick 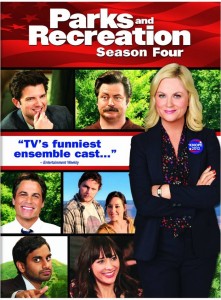 Parks and Recreation (Season 4)
Season 4’s flawless campaign arc found Leslie Knope (Emmy nominee Amy Poehler) oscillating wildly in the polls, until she finally came out on top by declaring exactly how she felt. It worked out that way in her personal life to, despite a serious scandal. Featuring memorable guest turns from Patricia Clarkson, Paul Rudd and Kathryn Hahn, as well as the best ensemble cast on television, this season of Parks and Rec stands at the top of the heap.